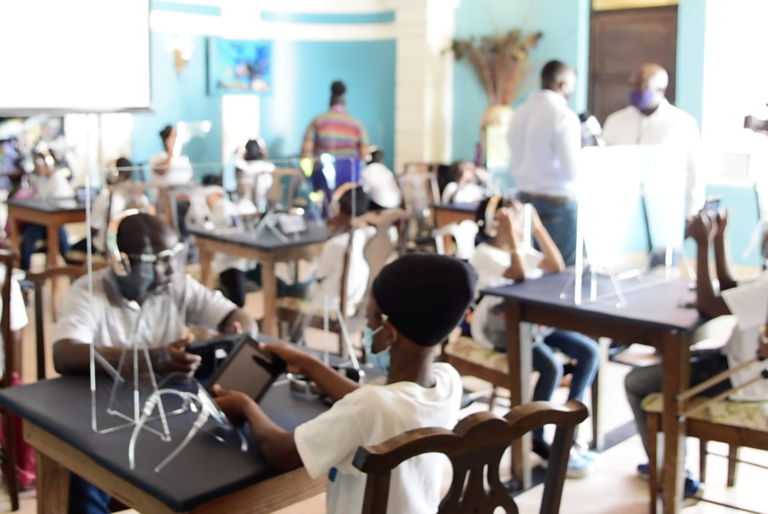 NASSAU, BAHAMAS — While scores of teachers on New Providence were expected to either march to the Ministry of Education or turn off their computers in classrooms as part of a wider demonstration, the resumption of in-person learning in schools yesterday morning was reportedly without incident and smooth.

In an interview with Eyewitness News, Minister of State for Education Zane Lightbourne said he was sent a purported letter dated January 23, 2022, giving approval for the Bahamas Union of Teachers (BUT) to march from the Queen Elizabeth Sports Centre to the Ministry of Education between 7am and 9am.

The letter has the letterhead of the commissioner of police and is titled “Approval for March”.

“Please be advised that approval has been granted to Belinda Wilson, president of the Bahamas Teachers Union, to host a ‘peaceful march’ on Monday, January 24, 2022, between the hours of 7am and 9am,” the letter read.

“In addendum, for the safety of the public, approval can be withdrawn without consent of the applicant.”

The letter advised that the relevant officers in charge of the various divisions were advised.

Lightbourne said he had not spoken to authorities to confirm the authenticity of the letter, but believed it to be true.

But no such march took place.

Eyewitness News visited the stadium and the Ministry of Education, where Lightbourne was based, but the teachers did not gather.

Calls placed to Wilson up to press time were not returned.

Scores of students returned to in-person learning in schools across New Providence and the Family Islands yesterday, after nearly two years of virtual learning due to the ongoing coronavirus pandemic.

The response leading up to us opening schools was very — despite all of the other things that may be going on — positive.

“We haven’t seen or heard of any actions being taken place,” Lightbourne said.

“Students are headed to school today in some cases.

“Teachers are also. I am at the Ministry of Education, so I don’t see any activity here either.”

Asked if there were any interruptions reported, the state minister said not that he was aware of.

“The response leading up to us opening schools was very — despite all of the other things that may be going on — positive,” he said.

“There are parents, private and public, who are very excited about it. They’re offering help and assistance.

“There are small groups that are reaching out and offering help.”

Lightbourne said the ministry is determined to implement programs to help students close the learning gap.

He said he believes the country understands the importance of getting children back in schools to continue their learning and “catch up”.

The decision to resume face-to-face learning in the absence of pediatric vaccines for children below the age of 12 has not gone without some criticism.