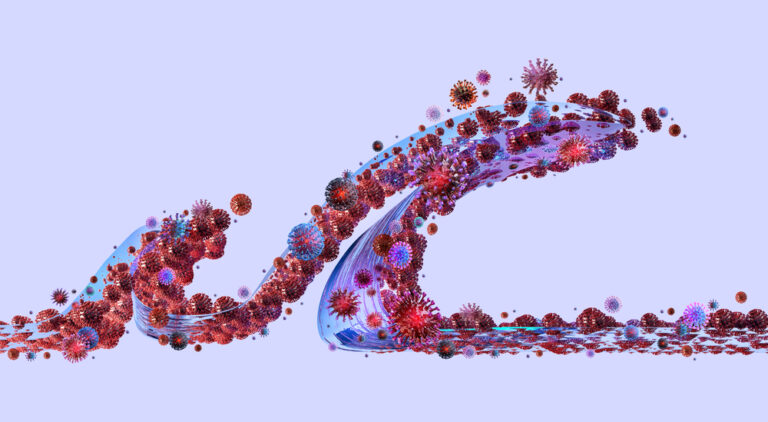 Forbes says “too early” to determine pattern of fourth wave

NASSAU, BAHAMAS — Newly reported cases of the coronavirus in The Bahamas fell by 27 percent in the last week, the first drop in the nation’s ongoing fourth wave that began last month.

Global health experts have reported shorter surges of the omicron variant, which has become the predominant strain in numerous jurisdictions, including the United States.

While the drop in cases could be indicative of the beginning of a flattening, hospitalizations, on the other hand, have continued to rise — up 32 percent in the last week over the week prior.

You need a sustained decrease over a period of time, usually several weeks, to know that there has been a significant decline.

According to data gleaned from the Ministry of Health’s COVID-19 dashboards, there were 1,096 cases reported during the period December 23 to 29.

Another 2,646 cases were reported between December 30 and January 5 — a 141 percent increase over the previous week.

Between January 6 and 12, there were 2,786 cases — a five percent increase from the previous week.

The nation recorded 2,007 infections between January 13 and 20 — a 27 percent decrease from the previous week.

As has been the case in the past, laboratories recording infections and reporting to the Ministry of Health to be tabulated can sometimes be delayed, impacting the number of reported infections in the last week at least.

The recent drop in cases could also be part of the reasoning behind the Ministry of Health’s decision to allow schools to reopen on Monday with a hybrid face-to-face learning model for the first time since the onset of the pandemic.

When contacted, HIV/AIDS and Infectious Disease Program Director Dr Nikkiah Forbes said there needs to be a decrease in infections over a sustained period of time before a trend can be determined.

“You need a sustained decrease over a period of time, usually several weeks, to know that there has been a significant decline,” she said.

“So, it is a little too early to tell.

“It is encouraging and we hope it continues to go on a downward pattern.”

The trend of hospitalizations over the next week or two will indicate the trend of infections.

Forbes has previously said hospitalizations tend to lag behind increases in infections by a week or so.