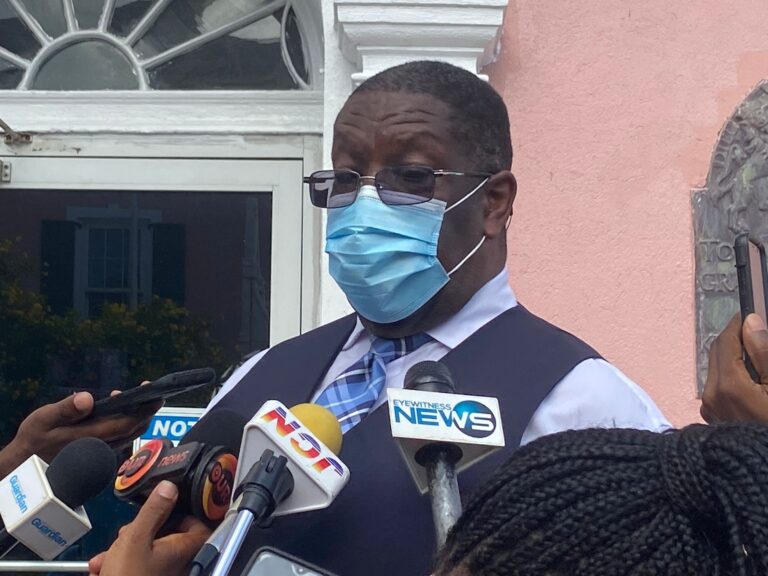 NASSAU, BAHAMAS — House Speaker and Nassau Village incumbent Halson Moultrie said yesterday that he intends to hold another “open Parliament” session on Wednesday, despite the House being dissolved and the General Election set for September 16.

In an interview with Eyewitness News, Moultrie, who posted a flyer for the upcoming event on his social media page, said the latest open Parliament would be on the democratic process with respect to holding elections pursuant to the law.

He said several young people have reached out to him and expressed concern that they were “disenfranchised” from registering because they believed the election would be held in May 2022 — as previously expressed by the prime minister.

Moultrie said members of the labor movement and local attorneys also told him they were concerned about the state of the permanent register.

“The open Parliament really is to bring focus and attention to how this democratic [process] has been breached and how opportunities for fraud are going to be presenting themselves because we have so many people on the register who we do not know who is alive or dead, and we have a lot of persons who have not been able to transfer as a result of this snap election.”

He returned four and a half hours later and announced a new session of Parliament would begin on September 22.

The announcement came as dozens gathered for “open Parliament”, a concept devised by House Speaker Halson Moultrie for what he called democratic exchange between the Bahamian people and the legislative branch.

Moultrie along with dozens of carried on with the open Parliament session for several hours, where individuals including independent political figures, were able to voice their concerns.

The next day, an hour after Rolle returned to the front steps of Parliament to announce the same-day dissolution of Parliament, the prime minister rang the bell and set the election date for September 16.

However, Moultrie insisted yesterday that the open Parliament has “nothing to do with whether the parliament is prorogued or dissolved or still in session”.

“The open Parliament is the opportunity that the speaker provides the common man to come forward; to demand accountability, transparency, good governance; minimize corruption; access to information, that is what open Parliament is all about,” he said.

“This open Parliament would be all about allowing the people to put on the record publicly their displeasure with the way this election is being conducted.”

Moultrie said he believes the event is being “deliberately confused” by members of Parliament, particularly on the governing side.

“That could not be further from the truth and they ought to know better,” he added.

According to the flyer for the event, the open Parliament will give individuals an opportunity to “throw a blow for democracy, expressing their concerns on snap elections, question the state of the voters’ register, highlight the disenfranchisement of voters and examine the possibilities of election fraud.”