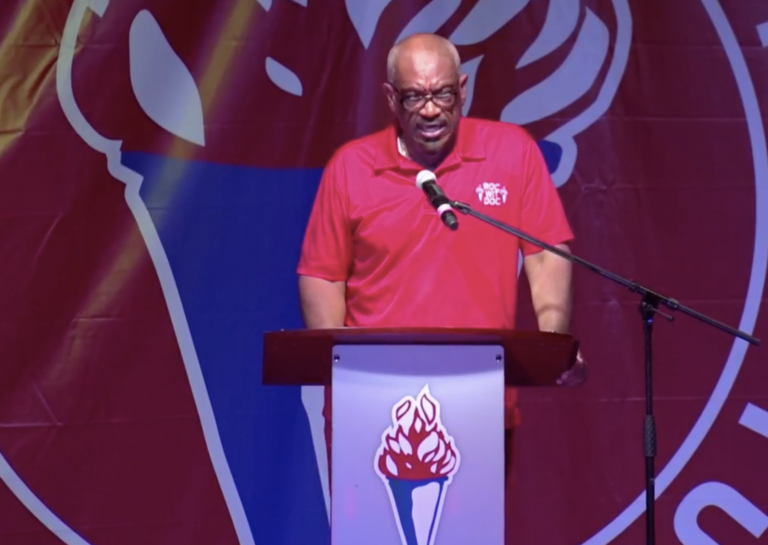 NASSAU, BAHAMAS — Prime Minister Dr Hubert Minnis said yesterday that if elected his government intends to implement a new social vision that would embark on significant upgrades to the core of healthcare infrastructure and launch a universal school meals program.

During the Free National Movement’s (FNM) most recent drive-in rally in New Providence last night, Minnis outlined more of his government’s mitigation efforts throughout the COVID-19 pandemic and urged Bahamians to review the party’s manifesto.

The prime minister indicated that if re-elected, his government intends to invest $100 million in healthcare infrastructure during the next 18 months in clinics in New Providence and Family Islands.

He indicated that it would continue phase two of the new Rand Memorial Hospital and construction a six-story 96,000 square-foot tower at Princess Margaret Hospital to the tune of $55 million.

Additionally, he said his government would continue refurbishing other areas of PMH, Sandilands Rehabilitation Centre and ensure there is a doctor posted on every Family Island.

Minnis also outlined a new program his government intends to launch if reelected that would provide nutritionally balanced free breakfast, lunch and snacks to all school government school students regardless of family income. The program would also include a vegan option and consider food allergies.

He said it would initially be offered to primary schools and later expands to high schools over a five-year period to ensure its sustainability.

“We are making it universal so there is no stigma attached to any child getting food. The program is optional,” he said.

The FNM leader added that the program would source Bahamian products, meats, and produce, subsequently helping to grow the local agricultural and fisheries industry and also engage local chefs, medical experts, and nutritionists.

“We want to make sure that we lessen the burden on families and focus children on learning and less where their next meal will come from,” he said.

The prime minister called on all FNMs to go to the polls on election day.

“Voting is safe. You can vote in the booths. You can carry your friends and relatives,” he said.

“We must keep them out. Remember a no vote is a vote for the PLP. I send the clarion call to all FNMS, all those who have voted FNM, all those who are interested in their future…to come out and vote FNM. Let us declare victory on September 16 by 3pm.”