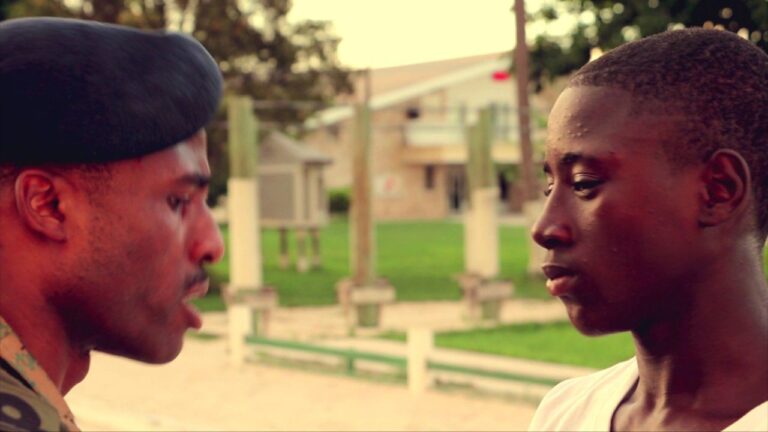 A still from the popular Bahamian television show “Shock Treatment”.

During a press conference announcing the reintroduction of the initiative, Munroe advised that the program will be under the direction of Carlos Reid and in collaboration with the Citizen Security Unit of the Ministry of National Security, the Royal Bahamas Police Force, the Royal Bahamas Defence Force, Bahamas Department of Correctional Services and the Broadcasting Corporation of The Bahamas.

“Learning from the mistakes of our first go-around, we expect to have a more streamlined and targeted approach in order to tackle the problem we are facing,” Munroe said.

“I am encouraging parents and guardians of young men and women who are presenting challenges in the home, at school or may appear to be headed toward a life of crime to contact our Shock Treatment secretariat in order to enroll their child into the program.”

The program, which was initially launched in 2014 under the former Christie administration and leadership of former National Security Minister the late Dr Bernanrd Nottage, was halted by the Minnis administration.

Shock Treatment is an intervention program that targets young men who are particularly susceptible to involvement in gang activities and other behaviors that may lead to them becoming a menace to society.

It was designed to create a shocking experience for the participants, who were mostly troubled teens, and expose them to what life is like in the hands of the law at every step of our criminal justice system.

Asked about criticism of the methods surrounding the harsh treatment of participants in the program, Munroe said: “I want people to think of that to think about how harsh it is for a 9mm, a .40 caliber round to smash into somebody’s skull. That is the reality of what we are seeking to prevent.

“So, when you look at the seriousness of this issue, it’s not an issue which politics can play a part,” Munroe said.

The program currently has two previously unaired 13-episode seasons that will be launched first, with updates on the lives of former participants.

It targets young men and women between the ages of 10 and 18. However, officials advised that the current program can only take 20 individuals at a time.