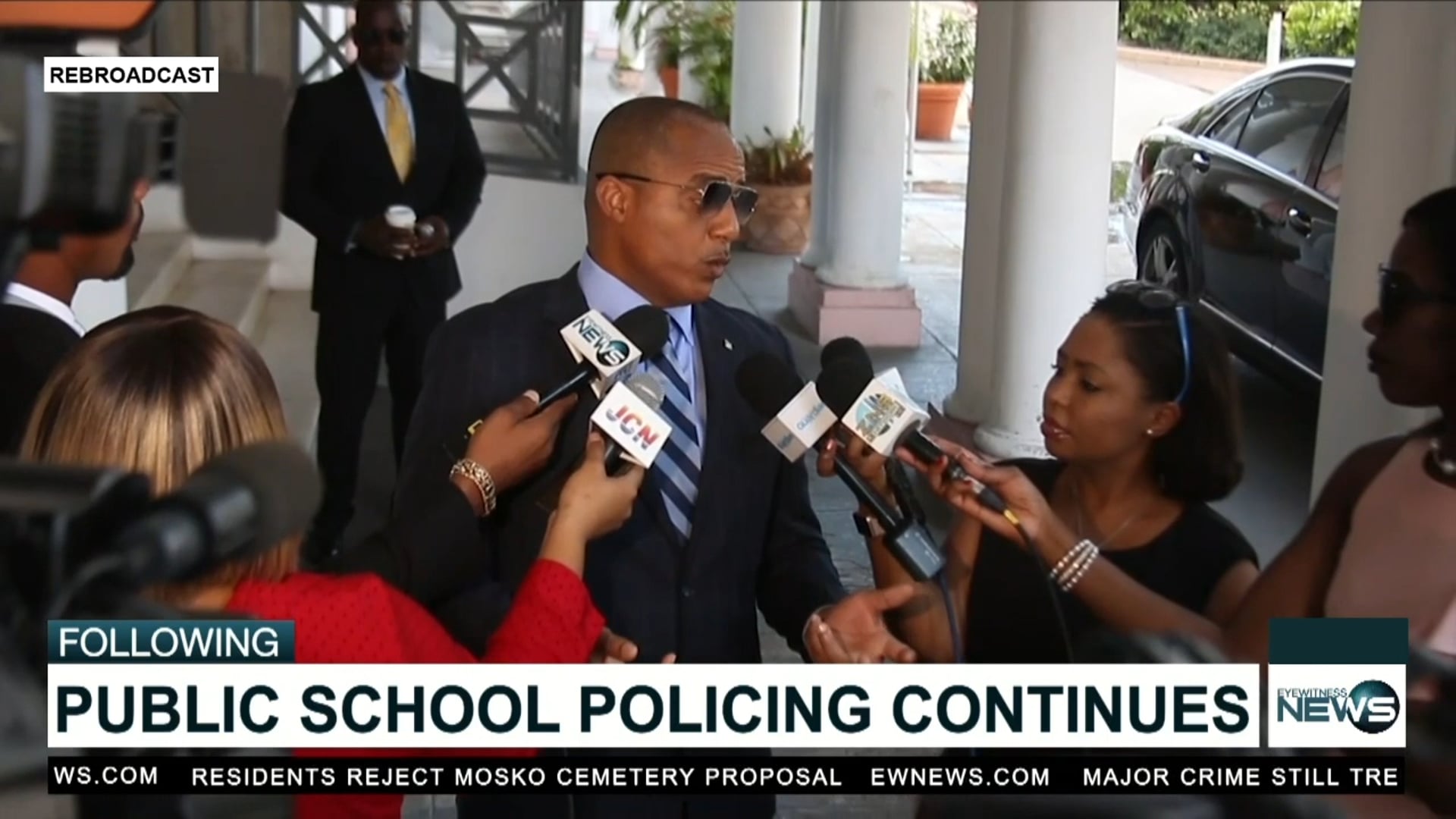 “The force will be carrying on the school policing program, because it works. We will have our officers present at school compounds as of September 3rd and that will continue throughout the school year,” confirmed Dames.

“But, we must understand that school policing cannot be done in isolation. We expect that the idea of creating safer school environments will begin at the community level at home.

“So, the force is gearing up to build relationships with these communities so that we are not taking on this task alone.”

He noted that there are plans to introduce closed circuit television (CCTV) at schools throughout New Providence.

“CCTV cameras will be installed at schools and various parks where we know students congregate,” he shared.

“We will also have traffic police in position to ensure that motorists adhere to traffic rules. We will be utilizing our new speedometers that we just got on the island last week.”

“The effort, once done in conjunction with security officers which are already in our schools, and alongside our teachers, it will definitely help to keep our campuses safe,” she said.

“We have seen that violent incidents have decreased on campuses with the presence of police, so we are looking forward to an incident free school year ahead.”

Meantime Police Staff Association (PSA) Chairman Sonny Miller says while many are of the view that the presence of police in schools is a waste of manpower as schools are equipped with security officers, he believes that police officers play a critical role on school campuses and assist in curbing violent activity amoung students.