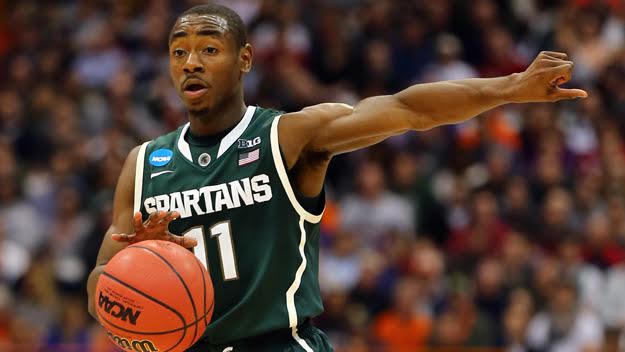 SYRACUSE, NY - MARCH 27: Lourawls Nairn Jr. #11 of the Michigan State Spartans signals down court in the second half of the game against the Oklahoma Sooners during the East Regional Semifinal of the 2015 NCAA Men's Basketball Tournament at the Carrier Dome on March 27, 2015 in Syracuse, New York. (Photo by Elsa/Getty Images)

Each year, every National Collegiate Athletic Association (NCAA) Division I conference nominates one athlete from each of its sporting programmes for consideration, with one male and one female being chosen as honorees.

“All of the Sportsmanship Award winners have distinguished themselves through sportsmanship and ethical behavior,” said an official release from the Big Ten Conference.

“In addition, these honorees must be in good academic standing and must have demonstrated good citizenship outside of the sports-competition setting.”