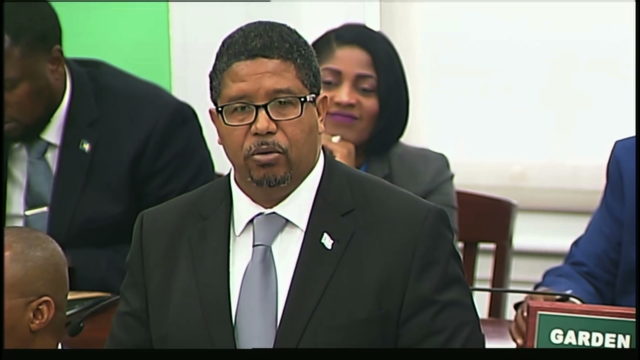 Mounting concern this weekend went into viral mode as a reported statement circulated warning Bahamians that Royal Bank of Canada and Scotiabank were preparing to leave the country.

The alleged statement advised customers to withdraw their funds in order to not lose their money having an outcome similar to the Clico fiasco.

The statement caused serious concern and alarm so much so that Acting Prime Minister and Minister of Finance Peter Turnquest issued a statement late Sunday night reassuring Bahamians otherwise.

“A viral statement has come the attention of the government claim two large international banks – Royal Bank of Canada and Scotiabank – are preparing to pull out of the Bahamas and compromise the financial holdings of Bahamians. This information is false,” Turnquest wrote.

Turnquest went on to ensure Bahamians that their money is protected and there was no cause for concern.

“Bahamian deposits with all commercial banks are protected through strict regulations imposed by the central bank of the Bahamas. They are insured through The Bahamas Insurance Corporation,” the statement read.

In concluding his statement, he encouraged Bahamians to stop circulating the false report and in assuring there is no cause for alarm.