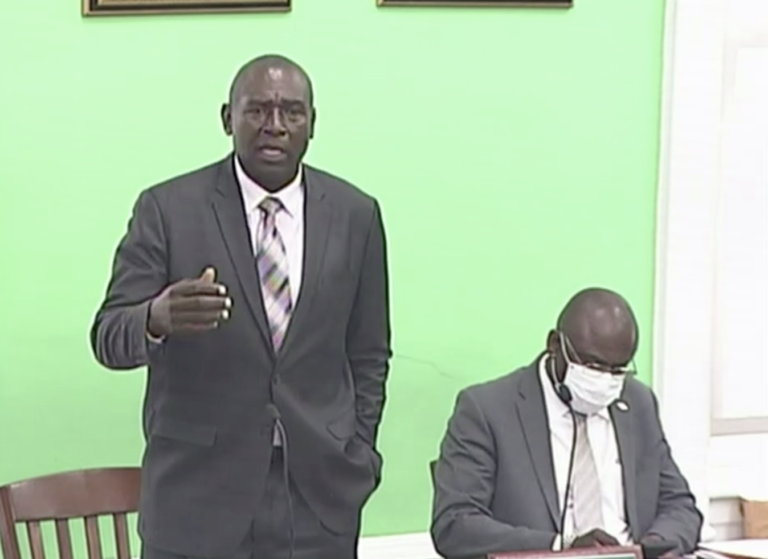 NASSAU, BAHAMAS — North Eleuthera MP Howard Rickey Mackey yesterday appealed for the competent authority to relax the curfew on the island given the low number of cases and to reconsider the RT-PCR COVID testing requirement for Eleutherans to travel to and from New Providence.

He said most of the islanders travel to New Providence for medical treatment and the cost of testing, which ranges from $120 to $150, is prohibitive.

“As stated by the prime minister and the minister of health, the numbers are down with reference to COVID infections in North Eleuthera,” Mackey said.

“And we have quite a few tourists that have been traversing our shores, so much so that a problem is being created on the mainland of Eleuthera because of the 10pm curfew.

“We wish to stay safe. We will adhere to the protocols, but it is creating a difficulty in that the amount of persons that are staying on the mainland, the problem that is experienced with having to shut down at 10pm, your last sitting for dinner is 8pm.”

Mackey continued: “Prime minister, minister, the cost of these PCR tests has to be addressed. They are too costly.

“I make this intervention mainly because a lot of our residents have to travel to Nassau for medical purposes…and in doing so, they are already faced with financial hardships and to find the additional funding to travel there to see [a] doctor makes it almost unbearable.

“I’ve had to partner with one of the local clinics to offset the cost, but I am asking the government to use its influence or even partnering with these labs or these testing facilities so we can reduce this price substantially.”

In response, Prime Minister Dr Hubert Minnis said he empathized with Mackey and the government will “do what we can”.

In an earlier address, the prime minister noted the existing measures are to protect Family Island populations.

He also announced that fully vaccinated individuals will be exempted from RT-PCR testing when traveling domestically, granted they have received all required doses and passed the two-week immunity period.

As it relates to the curfew, Minnis said he has a personal opinion, but has to rely on the scientific data provided by health officials to guide his decisions.

“From a personal perspective, I wanted to lift the curfew on Abaco a week ago. However, I cannot allow my personal views to override the scientific data,” he said.

“And therefore, I was forced to wait for the analysis to be completed and be driven by the analysis as opposed to my personal view.

“The analysis is likewise going on in Eleuthera and as soon as we receive such report, we will act according to the analytical data.”

As of Tuesday, Eleuthera has recorded 228 cases since the start of the pandemic last year.

The island has had 29 cases in the last three weeks — 19 of those being in the last week.

What is the scientifuc data for mainland to have curfew and Harbour Island clubs & bars partying every night with a so-called spike there?????