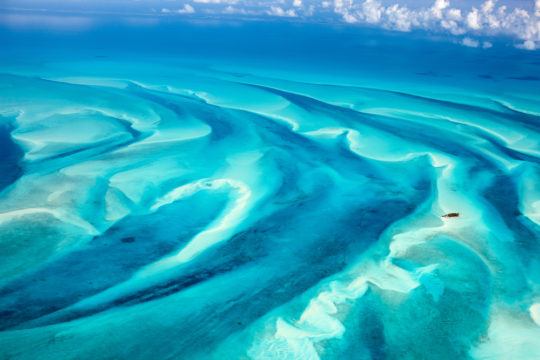 I listened with bated breath recently while you were on a trip to Ragged Island, where you were asked by a reporter to state your opinion on oil drilling in our archipelagic waters. Your response was one of great admiration for me and anyone whose desire is to pass these pristine and national waters on to future generations totally unspoiled. There was absolutely no equivocation in your words. Your passion was such that none could possibly judge them as simply utterances from the lips of a conflicted leader. Your words were such that anyone of keen perception could judge them only to be directly from the heart which tells no lies.

Undoubtedly and unquestionably, your expressions carried enormous wisdom, knowledge and knowingness. You, spontaneously and succinctly, put forth all the elements to the country, primarily, and to any other entity which would fancy any notion to venture into the sacred area of the bosom, the breast, belly and womb of our mother ocean to knowingly or ignorantly cause havoc in our greatest and most precious and treasured natural recourse.

Albeit, I would further venture to state that, you, as prime minister of an independent and sovereign nation, must have been misguided by legal entities in this nation who advised your government to honor whatever permits were and those still standing to be possibly renewed. This whole matter comes off as one of the most repugnant, egregious and ill-contrived schemes this nation has ever allowed thus far. It reeks of a foreign entity and a handful of local profiteers to benefit from an action which potentially spells doom to our most sacred, God-given heritage of this nation of mighty, plentiful and abundant waters.

These forces predicated on greed and selfishness are not worthy to be even heard. It’s in the range of the old Biblical adage, selling our birthright for a bowl of porridge. This action, of almost national betrayal, with its secret schemes, is putrid, and smells to deep hell in the minds and hearts of those who care for the well-being of our future generations.

Our greatest wealth is that of our people and our sacred ocean which has benefitted our nation and all citizens for many, many years. In light of climate change and accompanying sea level rise, we owe it to our present and future generations to nobly and conscientiously safeguard this ocean heritage which will be the basis of sustenance for many in the future, even as we lose land mass to ocean surge.

Anyone considering leading this country must exemplify these concerns and make steps to protect its people. This is the type of forward-thinking leadership needed at all fronts for a climate-threatened country. Leadership and forthright thinking that will make sound decisions for current and future generations.

Be blessed, dear sir, as you continue to create a sustainable and dignified path for our ocean heritage and our people.

Save The Bays chairman,