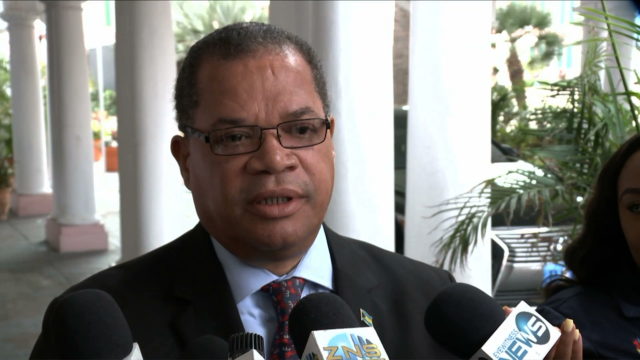 With just over a month before the July 31 deadline for the destruction of shanty towns across the nation, the government has begun the legal process of delivering eviction notices to community residents.

Lead minister on the initiative Senator Dion Foulkes said three rounds of notices will go out to those residents over the next three weeks.

“The second round will be the actual notice, which will be in two weeks, requiring all of those persons to move who do not have the right to be there.

The third notice will be from the Department of Environmental Health Services, which will give notice to all vehicle owners to remove their vehicles – that’s trucks, cars, motorcycles – whatever is there.

“If not complied with, then the government will move in and remove them. But all the legal notices will be given.”

According to Foulkes, a significant portion of residents in these communities have already moved out.

Meanwhile, research has shown that only a small portion of undocumented nationals remain in these shanty towns. The unregulated communities are also made up of Bahamians and foreign nationals with work permits.