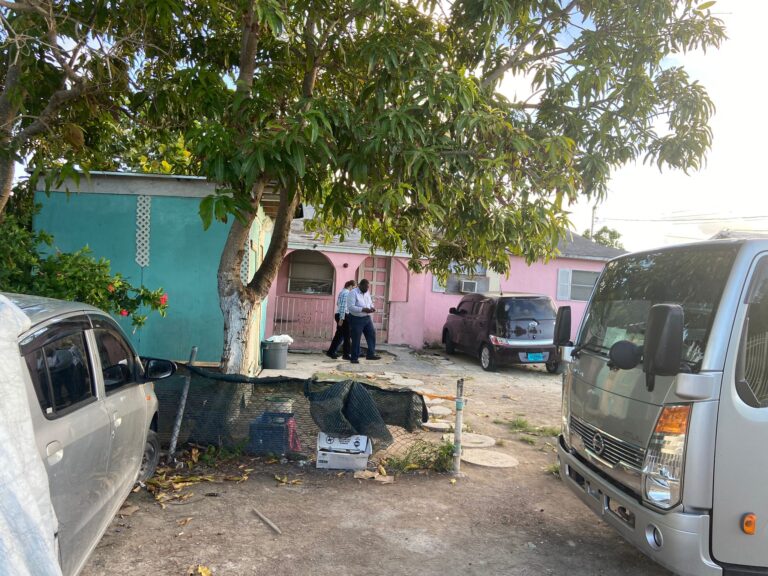 Police on the scene of a shooting in Elizabeth Estates that left one man dead on Thursday, July 15, 2021. (SLOAN SMITH)

NASSAU, BAHAMAS — A man was shot and killed shortly before 6pm yesterday at a residence on Maritus Avenue, Elizabeth Estates, according to police.

Initial police reports indicated the man was visiting a home in the area to return an item when a lone gunman approached him and shot him several times.

The victim, believed to be in his late 20s to early 30s, succumbed to his injuries on the scene.

Police Press Liaison ASP Audley Peters said at the time police had no information to suggest the incident was gang-related.

He appealed to residents in the area who may have any information on the matter to contact the nearest police station.

“We act on information,” he said.

“We depend on the public to assist us to solve these incidents.

“The reality is if they don’t come forward, it’s a possibility that a relative or themselves can become another victim.

“If the members in this community know what happens, we simply ask that they come forward and assist us in regard to solving this incident. We simply appeal to them to assist us.”

Police reported a spate of killings between last week Thursday and Monday that resulted in five men dead.

Commissioner of Police Paul Rolle revealed on Monday that police had made advances into the investigations into several of those incidents, advising that two were connected to rival gang groups.

Minister of National Security Marvin Dames on Tuesday contended that the public should not be afraid to go into public spaces or be concerned about a gang war on New Providence in the aftermath of the deadly weekend.