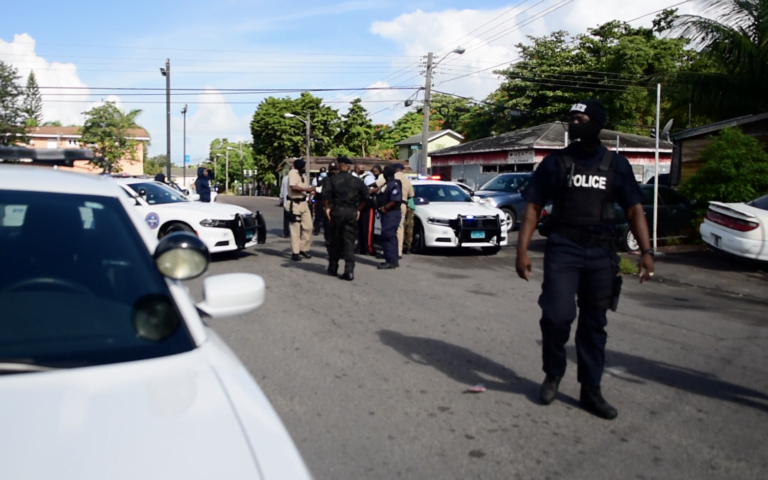 “I’m not saying incidents don’t happen [but] should people be afraid to sleep in their homes?”

NASSAU, BAHAMAS — Minister of National Security Marvin Dames said yesterday that the public should not be afraid to go into public spaces or be concerned about a gang war on New Providence following five killings over the holiday weekend.

Speaking to reporters on the spate of murders, Dames said: “I don’t think that there should be public concern about a gang war happening.

“As you can see, police are very much on top of that. These things are going to happen.”

That national security minister noted, however, that the public cannot sit back and rely entirely on the police to resolve the crime issue, adding that when it reaches the police’s hands, it’s almost always too late.

He pointed to the global rise in gun violence, insisting that he is confident the path The Bahamas is on is the right one.

“I have every confidence in law enforcement officers. They are, in fact, in control,” he said.

“I’m not saying incidents don’t happen. We have people in our own household. Should people be afraid to sleep in their homes?”

Commissioner of Police Paul Rolle revealed on Monday that police have made advances into the investigations into several of those incidents that occurred over the weekend.

Rolle advised that the murder in Ridgeland Park West on Saturday and a killing that recently occurred in First Street, Coconut Grove, were connected to two rival groups.

He said the incidents that occurred on Flamingo Gardens and Sunset Park are believed to be connected and police have taken a 29-year-old resident of Jubilee Gardens into custody.

That individual is expected to be charged later in the week.

Additionally, a man has been arrested and is expected to be charged with the murder of a man on Arawak Cay on Sunday.

Dames said yesterday that while the government has made some inroads in the crime fight, “there is still work to do”.

“What we are seeing is a manifestation of decades of neglect,” he said.

“The age of persons carrying out heinous crimes speaks to our failures as parents and adults and we cannot expect that it would be the police’s job to manage these young men. It is all of our responsibilities to address this problem.”

He added: “We are not going to do away with this problem overnight.”