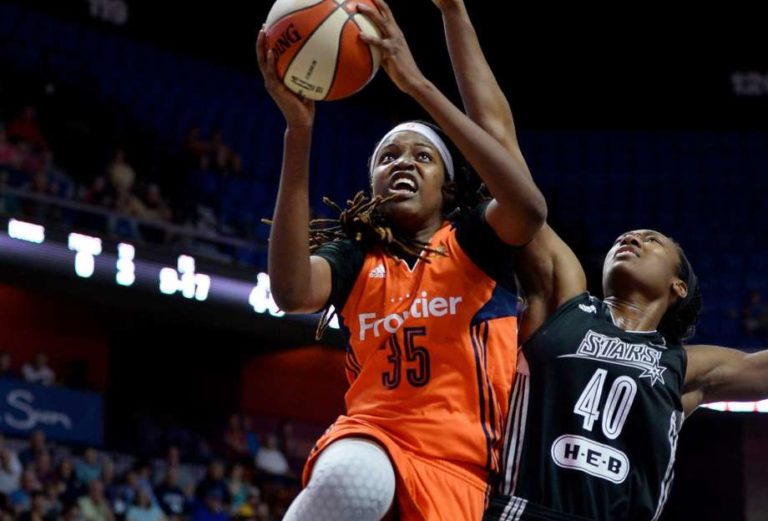 Jonquel Jones and Shanxi XR face a must-win situation on Wednesday after falling 82-55 to Beijing yesterday in the second game of the Women’s Chinese Basketball Association’s (WCBA) best-of-five championship series.

Jones finished the game with 20 points and 15 rebounds, however, it was no match for Beijing’s defense, which held Shanxi to just 16-for-35 shooting from the field and 5-for-32 from long range.

Beijing got off to a hot start and increased its lead in each quarter. The Great Wall also out-rebounded Xing Rui 41-29, including 32 in the defensive glass. Sylvia Fowles came up big for Beijing with 15 points and 10 rebounds. International Song Gao contributed 17 points and five rebounds, and five other Beijing Great Wall players scored in double figures.

In the series opener on Thursday, Jones had 20 points, 11 rebounds and three assists in an 84-81 loss. Tongtong Wu had 19 points and Guo Ziyu and Yu Qi had 12 points each for Shanxi.

Fowles was a dominant force in game one as well, pouring in 20 points to go along with 15 rebounds. Ting Shao had 17 points and Xiufeng Shi added 13 in the win.

Jones, who was named the Women’s National Basketball Association’s (WNBA) Most Valuable Player, came into the championship series off of an impressive showing in the semifinals against Guandong. She had 34 points, 22 rebounds and three blocked shots in a 73-62 win in game one, followed by a 42-point, 22-rebound performance in an 88-84 win in game two, and closed out the series with a 31-point, 14-rebound game in a 78-69 win.

Shanxi was ranked as the second-best scoring team in the CBA this season at 84.8 points per game, second in assists at 15.8 and tops in rebounding at 37.9 per game.

The WCBA is the top-tier professional women’s basketball league in China and is the women’s counterpart to the Chinese Basketball Association.