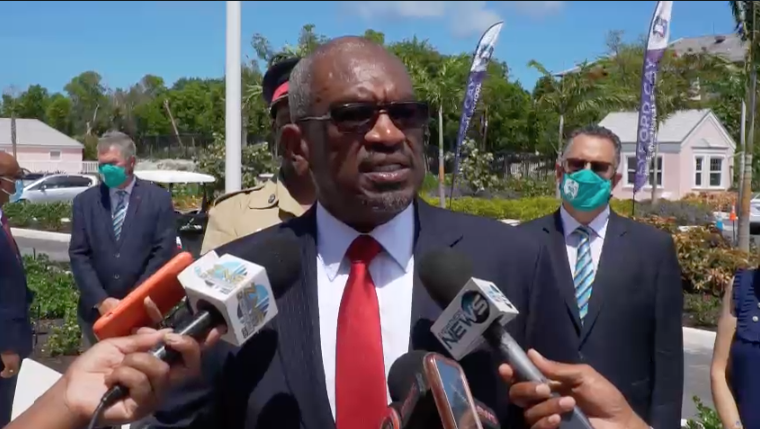 During his contribution to the budget debate, East Grand Bahama MP Peter Turnquest called the recently announced initiative “inherently discriminatory”, arguing that it goes against principles of fairness and equal treatment under the law.

The government has identified several tracts of land in western New Providence for purchase for young Bahamians between the ages of 18 and 45 in efforts to encourage and support homeownership among young people.

Turnquest described the programme as “extremely worrisome”, stating that though it is well-intentioned, “it seeks to carve out benefit for a specific group to the ultimate exclusion of other groups equally as disenfranchised when it comes to the affordability of land and construction”.

Asked about the comments on the sidelines of a ribbon-cutting ceremony at Lyford Cay Upper School on Friday, Minnis said “everyone has their views” and insisted he is focused on ensuring young people have all advantages possible to advance.

“There are too many people who want to move [to] upscale homes in the eastern area, western area, and they can’t afford it,” he said.

“It’s cost-prohibitive, so it’s the government’s responsibility to assist wherever possible.”

The prime minister pointed to the government’s Over-the-Hill tax-free zone initiative as an example of the impact of similar programmes, adding: “I’m not doing enough.”

Turnquest was among several Free National Movement (FNM) parliamentarians who criticized the prime minister and the government during the ongoing debates.

But the prime minister downplayed those criticisms, indicating they are not “anything new”.

“My job and my duty is to improve the quality of life of the Bahamian people and to advance The Bahamas as the rest of the world advances.