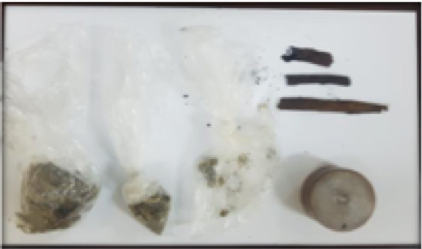 Officers on the island of Exuma conductedSpecial Duty Operations in three settlements and recovered a quantity of dangerous drugs and two illegal firearms on Tuesday, May 14, 2019.

In the first incident, shortly before 5:00a.m., officers, acting on intelligence, searched an abandoned building in the settlement of Harts and discovered 25 packages of cocaine.

In the second incident, shortly after 6:00a.m., officers, acting on information, conducted a search of an area in the settlement of Steventon and recovered a quantity of marijuana.

In the third incident, shortly before 7:00a.m., Officers searched a bushy area of the Boulevard in

Mt. Thompson and uncovered a Smith and Wesson Revolverand a Ruger Pistol.

No arrests were made in these incidents.