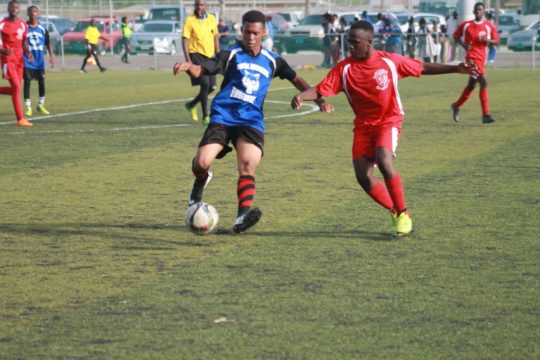 Prior to Friday, only four boys and girls’ teams, had qualified to compete in the upcoming nationals, seeing that only the Bahamas Association of Independent Secondary Schools (BAISS) had completed its 2017 – 2018 season.

Championship teams earn first round byes, leaving the runners up in each league to battle for spots in the semifinal round. In boys’ action, Lyford Cay takes on Anatol Rogers, and Bishop Michael Eldon goes against Patrick J Bethel, the sole team from Abaco. In girls’ action, C.V. Bethel takes on Aquinas College and Anatol Rogers goes up against Lucayan International.

Games begin after 4:00 p.m. each day at the Bahamas Football Association (BFA) facility.

After being cancelled last year, the Ministry of Education, Science and Technology (MOEST), Ministry of Youth, Sports and Culture (MOYSC) and the Bahamas Football Association (BFA), have teamed up to put on the week-long event, with the IL Cares Foundation serving as title sponsor.