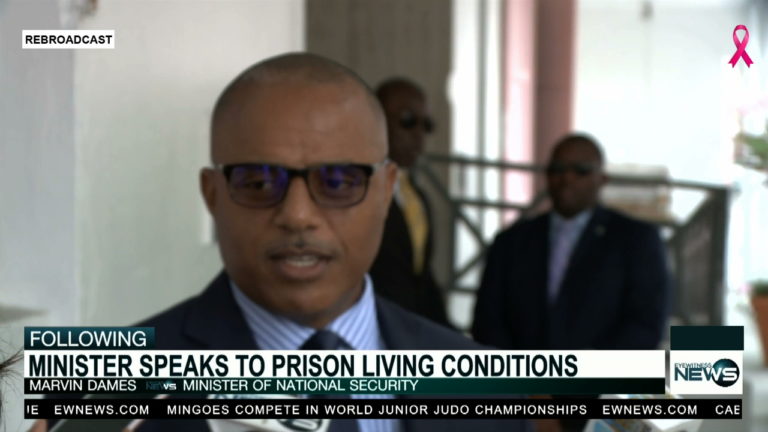 Minister of National Security, Marvin Dames on Tuesday expressed that the appalling conditions of prisoners and prison staff at The Bahamas Department of Correctional Services is no different from those in other countries.

His comments came on the heels of a documentary that aired last week Wednesday on Eyewitness News. The documentary dubbed, “Sentenced to Suffer,” shed light on the inhumane conditions at the correctional facility, which has since sparked widespread public criticism.

“These are departments where the jobs are high risk,” Dames said.

However, in an effort to better the system, Dames told media that the Bahamas Department of Correctional Services is transitioning from a penal facility to a rehabilitation centre. He claimed that there are a number of operations which are ongoing to assist with the transformation including [receiving assistance from] Corrections Canada as well as a private Consultant.

The national security minister said his ministry is looking to improve the quality of life for correctional officers as well as inmates.

Dames said that they are taking this rehabilitation transition seriously in an effort to reduce the number of persons who are entering the system.