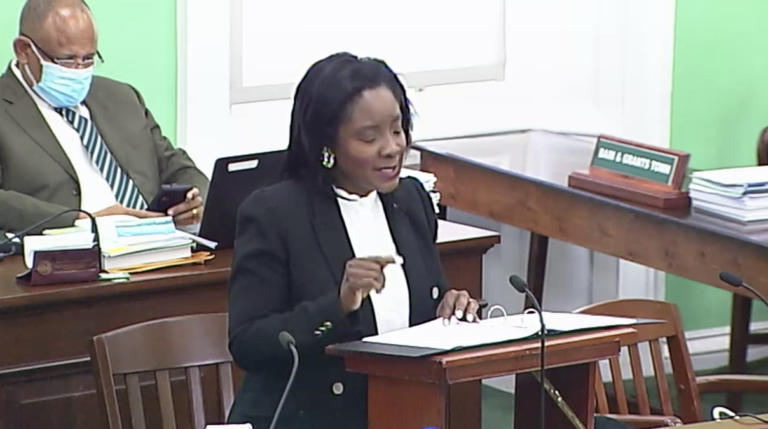 Sources close to the matter said the police probe stems from allegations that surfaced during her tenure as minister in the former Minnis-led administration.

The former Seabreeze MP resigned from her Cabinet post in February 2021 but gave little explanation for the decision.

It followed a lockdown of the ministry ordered by former Prime Minister Dr Hubert Minnis amid an ongoing audit of the National Sports Authority.

Among the revelations, Auditor General Terrance Bastian found that a contract was awarded without Cabinet approval, and in some instances, cheques to contractors were collected by a senior ministry official.

In several instances, the auditor found that contracts were issued through the ministry, and then forwarded to the NSA for payment.

According to Bastian, at least three cheques were identified as paid to individual people rather than a company, and also collected by a senior ministry official.

Rolle has previously said the Cabinet statement announcing her resignation had cast aspersions of wrongdoing that caused her hurt and harm.

However, she maintained that her record as a minister upheld the standards of the Cabinet and good governance.

This is a developing story.

Continue to keep us inform.

This is true I have had difficulties,,,,,, reaching out my phone is need disconnected I. I am dentina penn the the original . I. Dnt know. If. Am. Victoria. Ann but I. Might be i. Am in fear my life