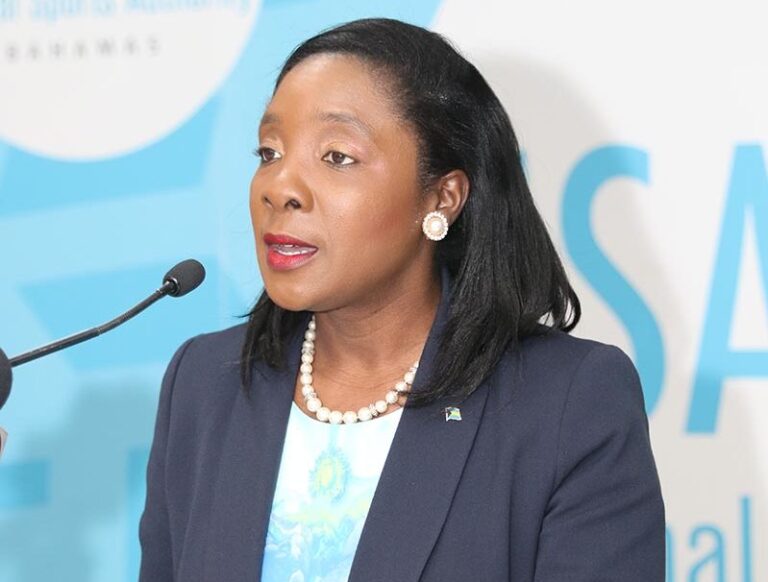 NASSAU, BAHAMAS — Seabreeze MP Lanisha Rolle said the Cabinet Office’s incorrect insinuation that her resignation as a Cabinet minister was linked to an audit at the Ministry of Youth, Sports and Culture caused her hurt and harm, but she maintained that her record as a minister upheld the standards of the Cabinet and good governance.

Rolle resigned in February. She has not provided a clear reason for her resignation.

“In case anyone stands to assume that I was under some investigation and this was the reason for me not being nominated, let me rest here. I request further clarification of the statement made by the Cabinet, which incorrectly insinuated that my resignation was as a result of some investigation. The good member for Killarney to some degree clarified in a public statement to the press that there were was no investigation concerning this member,” she said.

“Mr Speaker, sometimes, however, what you give to the world, you cannot take back.

“Appreciating the hurt and harm this has caused me and I do not wish on any other, I will endeavor to guard my words here, so as not to damage the character of any member here to hurt their family, their livelihood, their character or reputation.

The MP said some went as far as to fly a drone over her home, which is under construction and mortgaged.

“I don’t know why all the members who sit in this place who have homes, cars and are building homes and other projects, why one would go so far or who would go so far as sending a drone over a house under construction and under mortgage,” she said.

“Under construction and under mortgage. Mr Speaker, ministers receive a minimum remuneration of $99,000 per annum and I am sure I was the least among the many.

“Some receive additional housing allowance and other allowances, but surely one can use their funds and that of their family’s the way they see fit without being unjustifiably accused.

“Mr Speaker it is my view that we could have and should have done some things differently, but we are where we are and it is what it is.”

Rolle stressed that she only gave approvals in her ministry as minister of youth, sports and culture in accordance with provisions of Cabinet, the government’s general orders and procedures specified in the financial legislation.

“Mr Speaker, no ministry I kept held money,” she said.

“I want to make that clear because the public seems to think that there was some chest of money that a minister holds. As a matter of fact, when I went to the Youth, Sports and Culture, I got texts and calls saying I am holding the checks in my office for the various groups. [I said] what’s going on here. What checks? Ministers don’t sign checks; ministers don’t hold checks.”

She continued: “…Every financial transaction of a minister is either based on a recommendation by the permanent secretary, and in the case of statutory bodies, on the recommendation of a board.”

Rolle said she relies on the auditor general to state if any transaction under her tenure and at her approval were “contrary to the rules”.

She said the contracts for small homes repair program under Urban Renewal — where more than 500 homes benefited — were all by way of recommendation of the board, advisement by the senior public servant and processed by public servants.

The MP said if she was “a bit stringent” as a minister it was because she wished to be accountable and see projects completed in a prescribed manner — on schedule and on budget.

She said she met too many cost overruns at Urban Renewal and the National Sports Authority.’

“Did persons try to bully me as a young female minister — nobody asked me until now — of course,” she said.

“Was I protected against the bullying, maybe not. But I stood my ground even if I stood alone.”