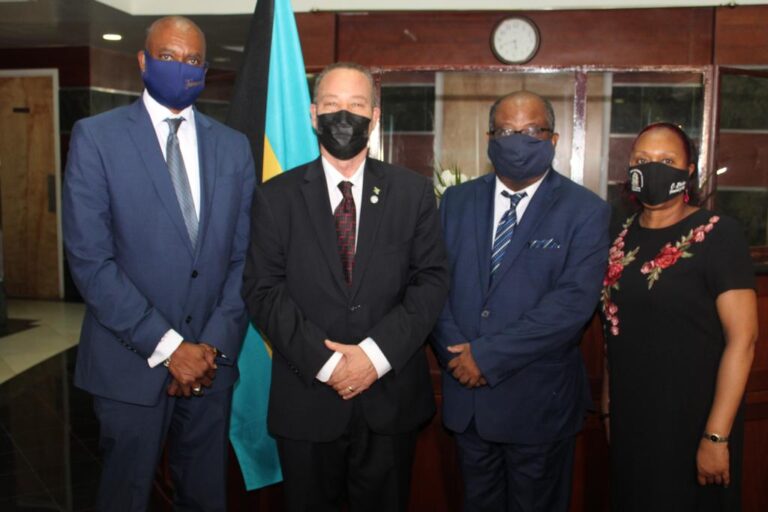 The announcement is a major step towards the enforcement of the Freedom of Information Act, which successive governments have tried to implement.

The act seeks to grant the citizenry a general right of access to records held by the government, subject to certain exemptions, including sensitive security, governmental and commercial information.

During an announcement of the appointments at the Office of the Attorney General, Bethel said, “Freedom of information or the right to access information is considered to be a cornerstone of modern democracy.

A Freedom of Information Bill was passed under the last Ingraham administration but was never brought into force.

Months ahead of the 2017 general election, the Christie administration passed a revised version of the FOIA.

The whistleblower provision of the act was implemented in December 2017.

The legislation provides for the governor-general, upon the recommendation of the prime minister, after consultation with the leader of the opposition, to appoint an information commissioner, who would serve for a period of five years and may be granted an extension for another five years, according to the act.

Justice Thompson has served as a teacher and Dean of Students at Aquinas College and upon being called to The Bahamas Bar served at various law firms and as General Legal Counsel to the Sunshine Group of Companies in the areas of conveyancing, mortgages, probate matters, litigation and various commercial transactions.

Thompson was also vice president of the Industrial Tribunal before being appointed as Justice of the Supreme Court of The Bahamas.

Miller, who will serve as the deputy information commissioner, is a retired public officer with 30 years in the public service.

Miller has also served on two separate occasions as the Attorney General’s representative on The Bahamas Bar Council.

“Both individuals have an extensive background in law, the public service and administration and are eminently suited and qualified and will bring the benefit of their experiences to the forefront in this new exciting venture,” the attorney general said.

A fully enacted FOIA was among several of the Minnis administration’s campaign promises.

Bethel said yesterday: “This is a historic day in the life of the people and government of The Bahamas of which I am delighted to be a part.

“We are excited about the prospects for the FOI office and the democratic process which it represents. This FNM Government campaigned on a promise of accountability and transparency and we are committed to fulfilling that promise.”

The FOI office will be located on the top floor of the Yandi Building, University Drive.

The attorney general said the government plans to convert the former Eugene Dupuch Law Library building as a Training Centre for the FOI office.

Bethel added that while the FOI office will be officially opened today, it will not be immediately providing service to the public.

He said for the next three to six months, the team will be “planning and strategizing” for the implementation and rollout of the FOI Act.

Through a collaboration with the IDB and the Department of Transformation and Digitization, the government will engage a 90-day consultant to provide the requisite technical advice to the Information Commissioner on best practices in freedom and access to information.

According to Bethel, advertisements for a consultant with the requisite expertise were posted both locally and internationally over the past five weeks and there have been 10 applicants to date.