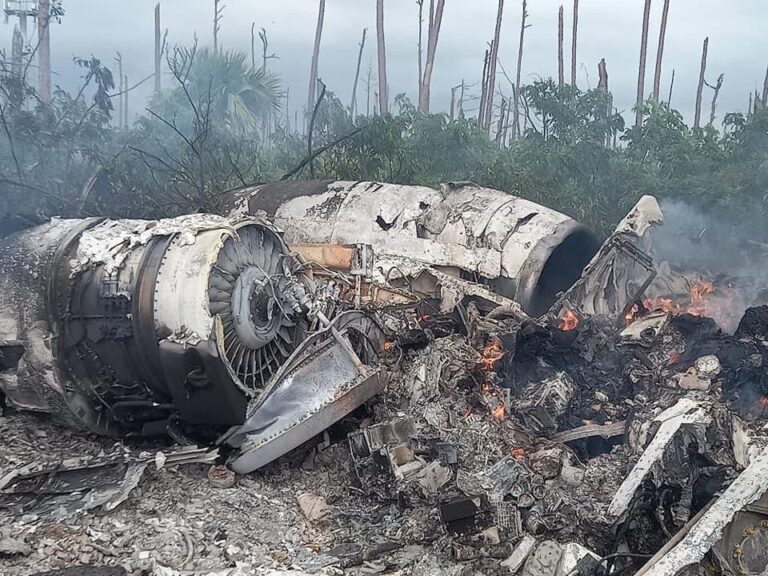 Two pilots confirmed sole passengers onboard at time of incident

NASSAU, BAHAMAS — A plane that crashed in Treasure Cay, Abaco, on Monday and claimed the lives of two young pilots, reportedly had challenges gaining altitude upon take-off.

According to initial reports from the Aircraft Accident Investigation Authority (AAIA), those challenges contributed to the accident.

Officials confirmed the deaths of Lavan Paul and Jason Allen, advising that remains of both pilots were removed from the aircraft yesterday and will be flown to New Providence for autopsy.

The two pilots were the only individuals onboard the aircraft

A team of investigators from the capital was dispatched to the island and began the on-scene phase of the investigation.

“According to reports, the aircraft, after startup, took quite a while before it started its take-off roll to the runway for take-off,” said AAIA Chief Investigator Delvin Major in an update on the incident.

“Eyewitnesses stated the aircraft appeared to not be making enough power as it appeared to struggle to get off the ground.

“The aircraft used the entire runway and ended in bushes approximately 2,000 feet beyond the end of the usable runway after hitting several trees along the debris path.”

Major noted that at the time of take-off, the weather on Abaco was “not bad, but just some light sprinkles”.

He said, however, that shortly after the crash, the weather became intense, which, along with the fire, hampered rescue attempts.

The plane — an Israel Aircraft Industries 1124A Westwind twin-jet aircraft with United States registration number N790RJ — had reportedly flown into Treasure Cay on Friday from the Dominican Republic and was scheduled to fly to New Providence on Monday.

The aircraft, which was engulfed in flames upon crashing, was substantially damaged due to the impact and post-impact fire.

At the time of the arrival of the investigation team, the fire in some areas was still smoldering, according to reports.

Major said investigations will continue to determine why the aircraft would not gain altitude and a subsequent report will be published on the authority’s website.