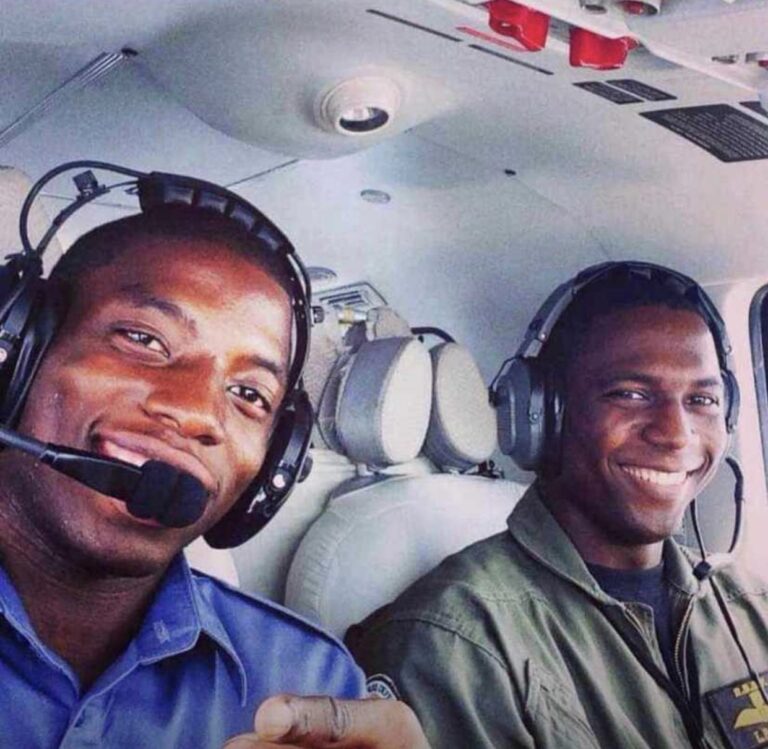 Lavan Paul and Jason Allen, who died in a plane crash in Treasure Cay, Abaco, on Monday, July 5, 2021.

While authorities have yet to identify the pair, Eyewitness News understands they are Lavan Paul and Jason Allen.

Aircraft Accident Investigation Authority (AAIA) Chief Investigator Delvin Major said initial information on the incident was scarce, advising that a team would be on the ground on Abaco this morning to investigate the tragedy.

The plane — a Westwind N790JR — had reportedly flown into Treasure Cay, Abaco, on Friday from the Dominican Republic and was scheduled to fly to New Providence around 2.10pm on Monday.

Officials said the aircraft reportedly crashed shortly after take-off and was engulfed in flames.

Only two people were believed to be on board.

Bystanders told Eyewitness News that they saw when the aircraft took a “nose dive” in the sky and then crashed, with a loud explosion going off moments later.

He said when the plane crashed, the fire department and EMS personnel were deployed to the scene.

“Right now, as a search and rescue operation, it is believed that the two souls on the plane perished,” he said.

He noted that once the AAIA commences its investigation, it will be in a better position to find out what transpired and why.

“It’s a very sad day for the aviation sector in The Bahamas,” D’Aguilar added.

“Every time we lose persons in our airspace, it is exceptionally sad, especially for the families of the persons that preliminary reports are that they perished.”