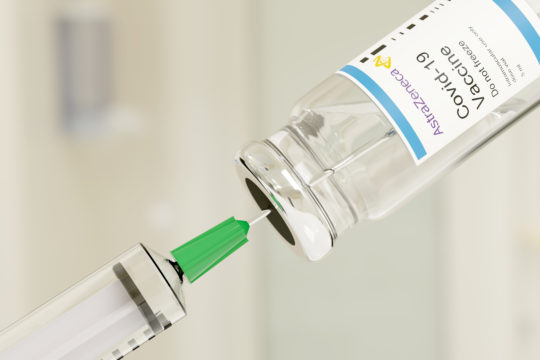 NASSAU, BAHAMAS — The Bahamas will receive its first tranche of Oxford’s AstraZeneca COVID-19 vaccine on Sunday, according to the Office of the Prime Minister, which said the first batch will include 20,000 doses of the vaccine donated from India.

“The vaccines were pre-qualified by the World Health Organization (WHO) and received Emergency Use Listing (EUL) approval by the WHO,” read a statement.

“The vaccines have also received certification from the Caribbean Regulatory System (CRS).

“The donation is part of a commitment from India to donate a total of 500,000 doses of the AstraZeneca vaccine to Caribbean Community (CARICOM) countries.

“Prime Minister the Most Honorable Dr Hubert Minnis thanked the government of India for the donation of behalf of the Bahamian government and the people of The Bahamas.”

The prime minister is expected to provide a live update on the rollout of the first batch of vaccines on Sunday at 5pm.

The statement made no mention of the doses of AstraZeneca from the WHO/PAHO COVAX Facility.

The Bahamas was expected to receive 100,000 doses of AstraZeneca from the COVAX Facility in two tranches.

Minister of Health Renward Wells has said The Bahamas will likely use the first tranche of vaccines to give the first dose to a quarter of the population.

Of the strategy, PAHO said The Bahamas is positioned to make the best decisions with its vaccine distribution program as it is provided reliable information from the COVAX Facility on the arrival of each tranche of vaccines.

According to new studies, a first dose of coronavirus vaccines, Pfizer or AstraZeneca, have proven “highly effective” in protecting senior citizens and substantially reducing their risk of becoming infected with the virus — around 70 percent efficacy.

That resistance rate rose up to 89 percent two weeks after the second dose.

The government has assured vaccination will be voluntary.

Last month, former Minister of Health Dr Duane Sands said the hesitancy expressed by healthcare workers in The Bahamas and other organizations about taking the vaccine is “not to be taken lightly”.

He suggested the government needs to make more raw data available to these groupings and the general public to allay some of the “very real concerns”.

In an interview with Eyewitness News on Wednesday, Wells acknowledged while there was some initial “hesitancy” among some quarters towards the coronavirus vaccine, feedback from the general populous has been pro-vaccine, which bodes well for the government’s vaccination program

He said: “The reality is if you are in the healthcare sector, and you have something that can prevent you from getting this disease, if you choose not to take it, it is [your] responsibility. You’ve made the decision.

“The government is not going to force it on you. We’ll keep working. But you have to understand, too, that this train is going to leave the station.

“We’re going to open up the economy, people are going to be moving around, so you have to decide whether you are going to get on the train or stay on the sidewalk.”

Healthcare professionals, including laboratory staff and the consultant physicians; the Bahamas Public Services Union (BPSU), which represents thousands of public servants; and other bodies have expressed mixed views of the COVID-19 vaccine.

Vaccine hesitancy has been a challenge the world over.