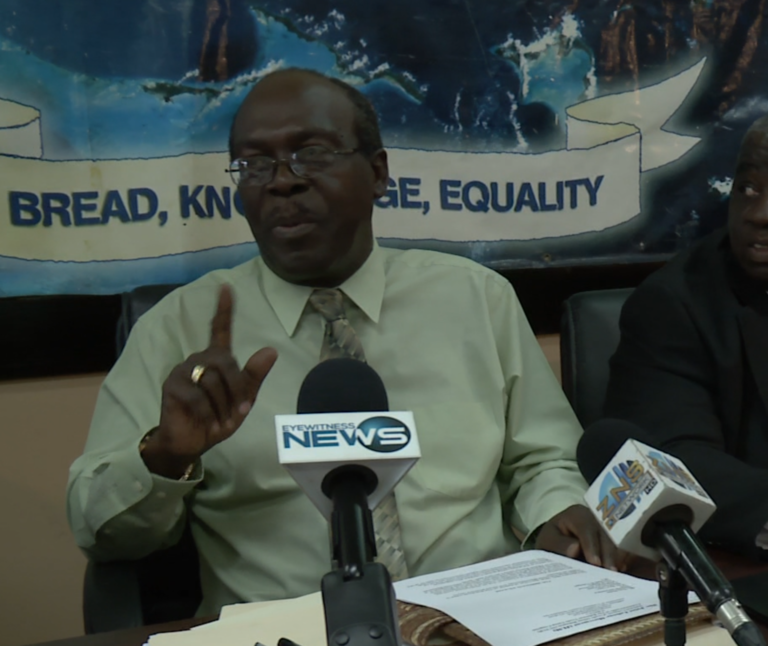 Says he has been “accessible” despite D’Aguilar stating otherwise

NASSAU, BAHAMAS – President of the Trade Union Congress, Obie Ferguson, said despite assertions made by tourism and aviation minister, Dionisio D’Aguilar, that negotiations on behalf of the Grand Lucayan managerial staff have been silent for at least a week, he has been accessible and has even attempted to contact the minister.

D’Aguilar told media on Tuesday that he has attempted to finalize the negotiations for VSEPS for 90 managerial staff of the Grand Lucayan Hotel, but union representatives had been silent and he was unable to reach them via telephone.

“To suggest the minister called me and I didn’t respond, that must be totally irresponsible,” said Ferguson who represents the managerial staff at the resort.

“Ain’t no way in the world I would do that. He sent me something this morning [yesterday] and I answered him back. We have a firm date set for Friday at 2p.m.

“We are hoping that in that meeting we will be able to resolve this matter so these workers can receive what they are entitled to, so that they can go on doing what they have to do to remain a part of society and be respected.”

Before heading to a Cabinet on Tuesday, D’Aguilar said if he directly involved himself, using his financial expertise, the process would be able to move along speedily.

In response, Ferguson said he was glad that the Minister had taken control of negotiations.

“I think in any negotiation, the least amount of people you involve, the negotiations will be far more progressive and the resolution will be much quicker,” Ferguson said.

“We have had very constructive negotiations with the minister and we have some differences on some points but they are not points we can’t resolve.”

Ferguson also revealed that there have been some suggestions that the country’s Employment Act determines how much the managerial staff should be paid. He noted, however, that the Act does not apply when dealing with Voluntary Separation Packages.