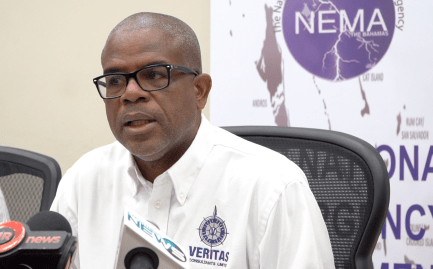 NASSAU, BAHAMAS — Disaster Reconstruction Authority (DRA) chairman John Michael Clarke yesterday assured that the entity its committed to ensuring that all vendors are paid and homes repaired under the Hurricane Dorian Small Homes repair Programme, this as reports of vendor payment delays have resurfaced.

Speaking briefly on the matter yesterday, Clarke said: “We are committed to making sure vendors get paid and people’s homes get repaired.”

“The operational staff of the DRA have been working along side the ministries trying to as best they can when revenue is available to attend to it. It may not go as fast as you want to go but there are commitments that have been made and e will honor those commitments. If it causes a slow down we will advise in due time.”

He said: “Everyone now has on their thinking caps and we are trying to figure out how we can utilize sparse resources to accomplish what we set out to accomplish amid a global pandemic and revenues the country doesn’t have.”

Back in September, Minister of State for Disaster Preparedness, Management and Reconstruction Iram Lewis noted that an influx of registrants to the programme had led to a delay of residents receiving supplies and vendors being paid.

Lewis said at the time the program was approaching nearly 5,000 registrants.

Yesterday, K Peter Turnquest, Deputy Prime Minister and Minister of Finance, said: “ I do know is there was a period where money was owed to vendors and there was a challenged accepting new purchase orders until they clear out the backlog. That should be resolved, if not fully resolved shortly if that is what is being referred to. I think it’s a simple matter as a result of those outstanding payments and they have to address those before the vendors accept new purchase orders.”

A disgrace that only Government could create. Vendors stiffed who themselves were hit and or destroyed by Dorian themselves. People doing all the leg work and paperwork, to be told they’re out of luck?
Iram, Kay, John-Michael, riding the feel good give away writing checks they knew they couldn’t cash.
Who will ever trust the DRA and by extension the Govt again?