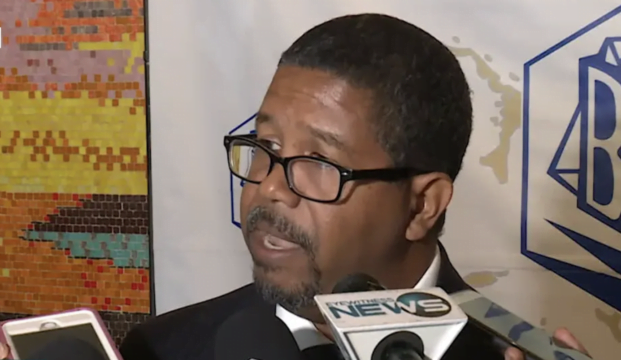 NASSAU, BAHAMAS – Deputy Prime Minister K Peter Turnquest yesterday said it was ‘no secret’ the public will need to pitch in to turnaround the ‘very serious financial mess’ Bahamas Power & Light (BPL) finds itself in.

Turnquest said the resolution can be a ‘very expensive proposition’ at the sidelines of the Bahamas Institute of Chartered Accountants (BICA) Accountants Month seminar at the Meliá Nassau Beach Hotel.

“I think there is no secret that in order for BPL to turn around and meet its commitment there is going to be some participation from the public,” Turnquest said.

“We have been very transparent about that. The reality BPL has allowed itself to get into a very serious financial mess which has manifested itself in the level of service it has provided to the Bahamian people. To fix that is can expensive proposition.’

He continued: “The government has committed to a permanent fix. We are well on the road to that. We expect some very significant improvements very shortly and they will do their best to ensure that they maintain the level of cost that they have to pass on to The Bahamian people.”

The Government last week tabled an Electricity Rate Reduction Bond Bill 2019 which will allow Bahamas Power and Light (BPL) to restructure more than $320 million in inherited debt, and secure more than $350 million in new funding to address longstanding issues.

The Bahamas Rate Reduction Bond Ltd,  is the special purpose vehicle that will be responsible for issuing the bonds and making investor interest payments.

The legislation makes clear that BPL’s customer base will be relied upon to service the bond issue. This comes much to the dismay of BPL customers who have been plagued with prolonged blackouts and high energy costs over the years.

The EERB legislation, which will replace a similar Act passed previously by the former Christie administration, provides that the bond fee paid by consumers can be adjusted at a minimum semi-annually to ensure that the collection of such fee will produce sufficient revenues to pay all ongoing financing costs as the same become due and payable.