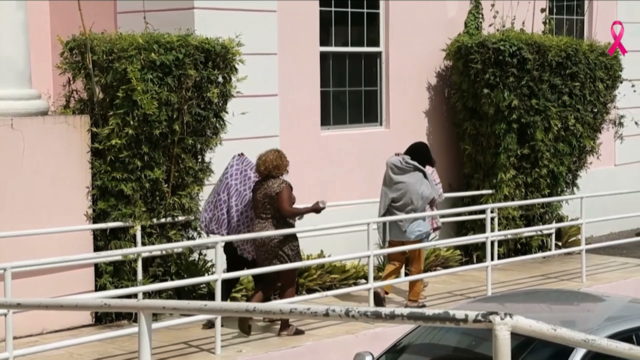 Mount Moriah Member of Parliament, Marvin Dames on Monday refuted claims made by one of his constituents, that he had advised her to remain in her home in spite of being served an eviction notice, which would have rendered her homeless.

Dames told Eyewitness News that he never advised his constituent to remain within her home, but noted that he recommended that she engage in civil dialogue with the Bahamas Mortgage Corporation (BMC).

“I would have met with a group of constituents who would have had an issue, but I can’t give that instruction to anyone to tell them to stay in their houses,” Dames said.

“I will do whatever I can to ensure that every avenue is exhausted to help whomever I can, but I cannot stand here and tell you that I told someone to stay in their house.”

It was back in September that the BMC engaged in a rigorous process of evicting delinquent mortgagers from their homes.

BMC revealed that the homeowners were grossly negligent in the mortgage payments and that eviction was the final step in a lengthy process.

One of the persons evicted during this process was Michelle Rolle, 50.

After being evicted from her home authorities found that Rolle and her 18-year-old daughter Deshanne Rolle had re-entered the premises.

Both women were subsequently hauled before the courts to answer to trespassing charges on October 10.

While making her statement before the court, the mother noted that between the period of 2011-2016, they were called into the Mortgage Corporation for arrears.

The mother also admitted that in 2017 she was made aware that she would be evicted.

However, she claimed that she never saw the writ for eviction – which was dated this past March – until late September.

When BMC officials proceeded to change the locks on the home, Rolle told the court that she told BMC officials, “Mr. Marvin Dames told me not to go anywhere.”

She also told the court that she was then advised to speak to Dames again, and if nothing changed, they would have to vacate the property.

In the end, the mother and daughter were asked to pay $50 dollars each in fines.

“I was out of the country when that was communicated in the press and if that is the family I am thinking of, I actually referred them to the Ministry of Housing’s mortgage department to meet with them to find a solution to the problem,” Dames explained.

“It’s tough so you have to look at it from a case by case basis and for me to stand here and say that we have the remedy, we don’t.

“Some situations are more dire than others and some persons find themselves in situations where their mortgages haven’t been paid for any number of years. It’s a tough thing, but wherever we can help families in crisis we have been doing that.”

Dames touted that he encourages his constituents to seek employment opportunities, where available, in an effort to ensure that they can meet their monthly financial obligations.

“These are not easy situations where there are easy answers and it’s quite unfortunate but we have to continue to work to see how we can get our people employed and get them to work so that they can meet their financial obligations,” he said.