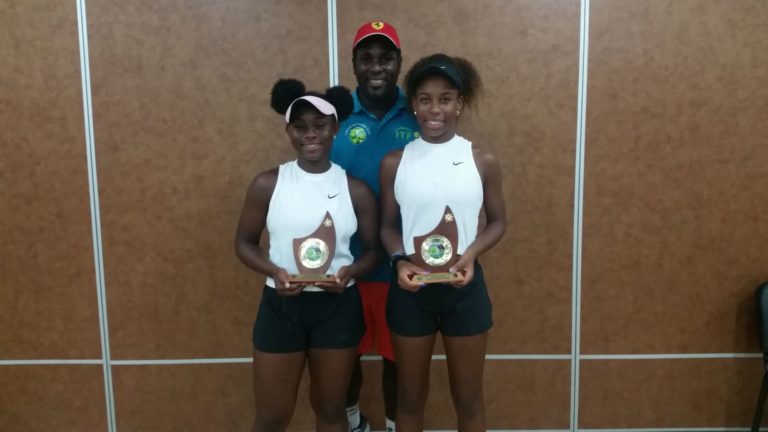 Sydney Clarke and her partner Tangia Riley-Cordington from Barbados, captured the girls’ doubles title at the Tobago Jr. International Tennis Federation (ITF) in Trinidad and Tobago.

“It was really a long, exhausting match, but we played well and fought to the finish,” Clarke said following the match. “There were a lot of ups and downs, a lot of racquets slamming, but overall, we played really well. Now I’m shifting my focus back to the singles.”

Riley-Cordington added: “We had a slow start, but we were able to put it all together at the end and I’m happy with the win.”

Clarke will compete in the singles division finals tomorrow against Hannah Chambers, from Barbados. Yesterday, Clarke edged Jade Marie, from France, in three sets: 6-4, 4-6 and 6-1.

Also at the tournament, Donte Armbrister and partner Romani Mayers from Barbados lost in the boys’ doubles division semifinal round in two sets (1-6, 3-6) to American Benjamin Kittay and Tom Clarverie Lablanc from France.