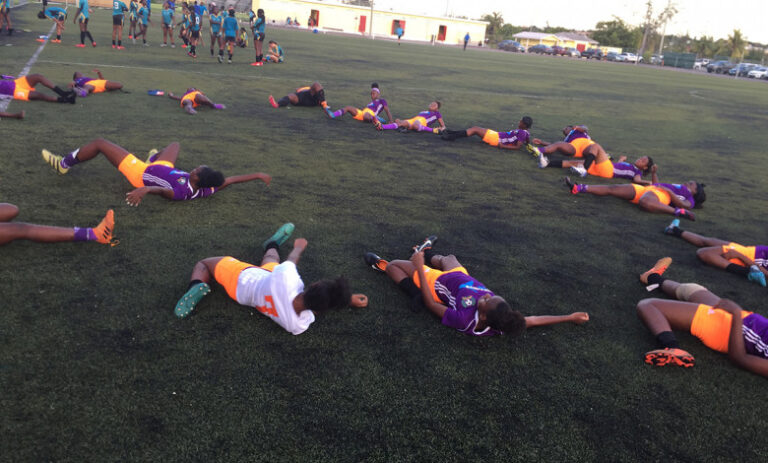 The Caribbean Bottling Company (Bahamas) Ltd. is once again supporting the efforts of the United Football Club, helping to sponsor the growth and development of young athletes in the club. CARIBBEAN BOTTLING COMPANY

NASSAU, BAHAMS- For the past several years, the Caribbean Bottling Company (Bahamas) Ltd. (CBC) has proudly supported the efforts of the United Football Club (United FC), and the company has returned as an annual monetary sponsor in hopes of supporting the program’s youth athletic training program, which currently has 398 young men and women enrolled.

The work of United FC President, coach Sam “Sam T” Thibaud, and his team, goes far beyond the football field; and even though the COVID-19 pandemic has resulted in a number of health-centric changes and protocols being implemented, including more practice sessions to accommodate smaller groups, they have continued to adapt and evolve to ensure that the young players continue advancing in the sport.

“With the support of CBC and other corporate companies, we are able to provide sponsorships for players who are interested in playing soccer competitively, but cannot afford it,” noted Thibaud. “This is done by donating gear and/or paying someone’s registration fee. We are also able to enhance the club to better develop soccer in The Bahamas. There are fun and educational activities set in place to keep the players interested like tournaments, both locally and internationally, luncheons, SAT/BJC/BGCSE (Scholastic Assessment Test/Bahamas Junior Certificate/Bahamas General Certificate of Secondary Education) classes, tutoring, and beach picnics, as well as award ceremonies. Our goal is to keep kids active in a way that they can advance their athletic and academic skills.”

United FC is one of the oldest football clubs in The Bahamas, and the organization’s youth soccer development program has produced many of the country’s top players. Originally named the “Nick Body Shop United” in the early 1970’s, the club evolved into United FC, and CBC has expressed delight to support the growth and development of its young athletes.