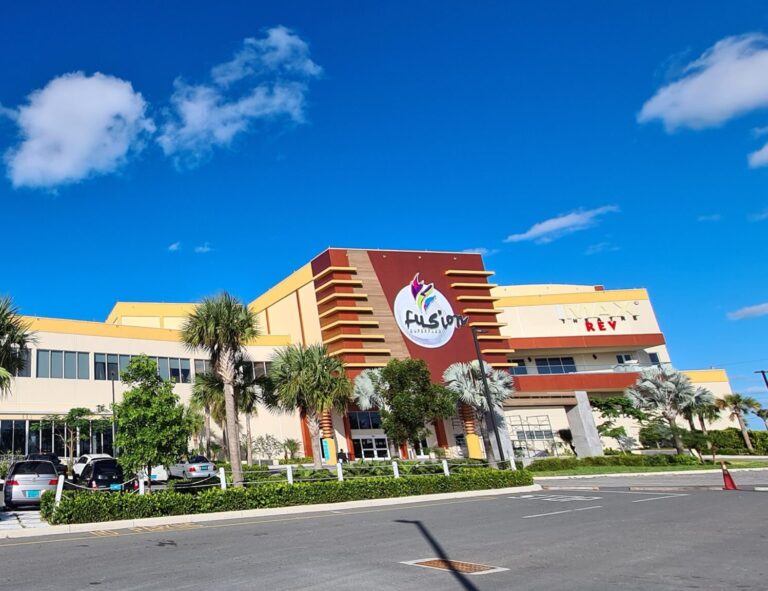 “We’re facing one problem after the next”

PM: Gladstone Road to be converted into dual carriageway

NASSAU, BAHAMAS — Fusion Superflex Chief Executive Officer Carlos Foulkes said yesterday that while the government’s planned redesign of Gladstone Road stands to do well for the area, the construction that could take up to 18 to 24 months is likely to negatively impact the cinema and entertainment complex for the seeable future.

The redesign was announced by Prime Minister Dr Hubert Minnis on Monday.

In an interview with Eyewitness News, Foulkes said Ministry of Works Deputy Director Damian Francis has engaged businesses in the area to share the proposed plans for Gladstone Road, on which Bahamas Wholesale Agencies, Sysco Bahamas Food Services, Bristol Wine and Spirits and a host of other businesses are located.

“It appears that what they’re about to do will not [bode] well for the area,” Foulkes said.

“It just will impact our business negatively for quite some time.

Fusion was closed for more than a year due to COVID-19 restrictions, just two years after launching.

It reopened its outdoor dining restaurant Edge last December and began operating its theaters at reduced capacity in January.

Of the proposed works, Foulkes said: “It’s not ideal. We’re facing one problem after the next.

“We faced BPL (Bahamas Power and Light) issues with our energy management and voltage issues from the power corporation. The pandemic was a devastating blow and it appears we’ll be facing traffic management issues going into the next year and a half.

“So, it’s been a rocky road, but we will find a way to pull through.”

While wrapping up the 2021/2022 budget debate in Parliament on Monday, Minnis announced that the government is moving ahead with infrastructural works on Gladstone Road for the benefit of the Bahamian people and residents.

“We are on the way to converting this single carriageway to a dual carriageway,” Minnis announced.

According to the prime minister, 60 percent of the new, modern design is completed.

Foulkes said businesses in the area will petition the government to ensure proper planning and that work is staged to minimize impact to surrounding businesses.

He said this includes consideration around the time of year when work is carried out — at low-traffic periods, for example.

Additionally, Foulkes said surrounding businesses will also call on the government for consideration with concessions to offset some of the lost revenue associated with the likely impact of the works.

He said the government has committed to, at the very least, doing its best to limit the impact.

“If we are going to be impacted negatively because of these works, maybe there could be some type of consideration coming back to the businesses in this area — maybe a tax holiday of 20 percent, no VAT (value-added tax) collected to compensate for the loss of business and the inconvenience to the area,” the CEO said.

“It will indeed impact. You know how the Bahamian people go — we tend to avoid traffic areas under construction.”