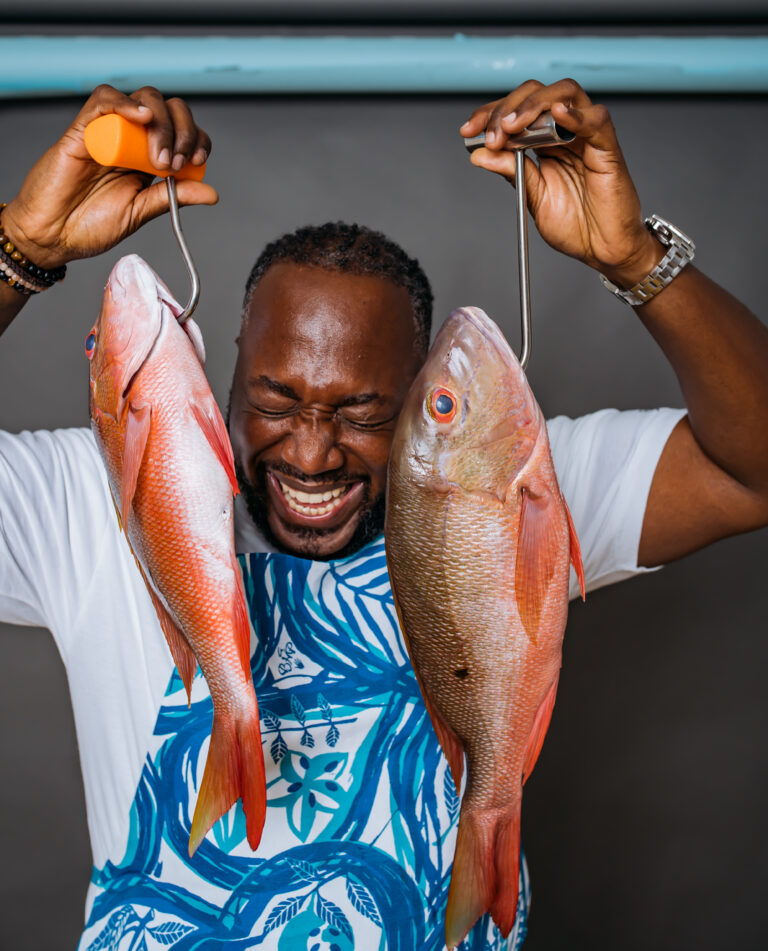 His article will be featured in the iconic magazine’s November 2021 issue.

The professional foodie-turned-author who previously served as the executive chef of La Hiki in the Four Seasons Resort Oahu is no stranger to industry accolades. He’s been featured a whopping 47 times in both local and international publications throughout his 20-year career as a chef.

“I’m writing a book now, but I’ve been featured over 47 times in local and international [publications], most of which, the topic was directly or indirectly about Bahamian, Caribbean and diasporic cuisine,” said the New Providence native.

The highly sought-after chef, who is also the son of Baptist Bishop Simeon Hall, said he has received an outpouring of support from family, friends and clients after being featured as a writer in Bon Appetit. He also revealed that due to his latest accomplishment, he has a slew of professional opportunities on the horizon.

“The calls have definitely been pouring in. Some opportunities that were hidden have now come to the surface,” Hall told Eyewitness News.

Although proud to be published in one of the most high-profile magazines in the world, he still keeps the focus on authentic Bahamian cuisine and his vision for the world to become truly acquainted with it, evidenced by him putting a spotlight on several Bahamian eateries in the widely-read publication.

“All of these things are not to edify Simon Hall Jr but to edify The Bahamas in its entirety,” expressed the College of The Bahamas alumnus and Bahamas Hotel Training College graduate.

He added: “Everything else that I do will continue to expand the exposure of The Bahamas as a culinary and beverage destination.”

Hall elaborated on the details of the writing feature with Eyewitness News, stating that it’s the first of its kind published in the magazine since the COVID-19 outbreak.

“Bon Appetit does this travel piece, and so that is what the story is about and what it is connected to — where to travel, where to eat.

“They look for the ‘iconic connection’; somebody who can talk about the cuisine locally…

“This is the first one [published] since COVID-19 hit, and so that was a double honor.”

As his profile as a chef continues to rise, the self-proclaimed “culinary griot” remains grounded by his culinary philosophy, which at its heart is focused on storytelling with food.

“I believe in telling a story with food. If you really, really get into the DNA of my cuisine, it’s about local ingredients with global technique,” he said.

Notwithstanding a grueling qualifying process at Bon Appetit, Hall garnered the opportunity to write for the high-brow magazine through his penchant for food storytelling and skillful networking.

“The radar was on me and, by extension, The Bahamas, because of my comments on Bahamian cuisine, Gullah-Geechee cuisine and the connection of how often The Bahamas is left out of the conversation,” he said.

Hall stressed that there was an undeniably strong link between that of Gullah-Geechee food traditions and Bahamian cuisine, asserting that it is our “closest African connection”.

He said: “There are descendants of Gullah-Geechee slaves and Gullah-Geechee people in Andros. So, that’s what that conversation is all about, and their food, their cuisine, their culture is very, very similar to ours.

“Literally, if you go to South Carolina, for example, you walk around in Charleston, you’ll think you’re in the Islands of The Bahamas.”

In addition to wearing his chef hat, Hall bears the additional titles of owner of Simeon Hall Restaurant Management Group and the author of “700 Recipes and Receipts”, yet to be released.

His article is live on the Bon Appetit website and can be viewed at https://www.bonappetit.com/story/new-providence-restaurants.

I am so very proud of chef Hall..keep soaring and exposing the Bahamas as a premium destination. We are certainly world class people.