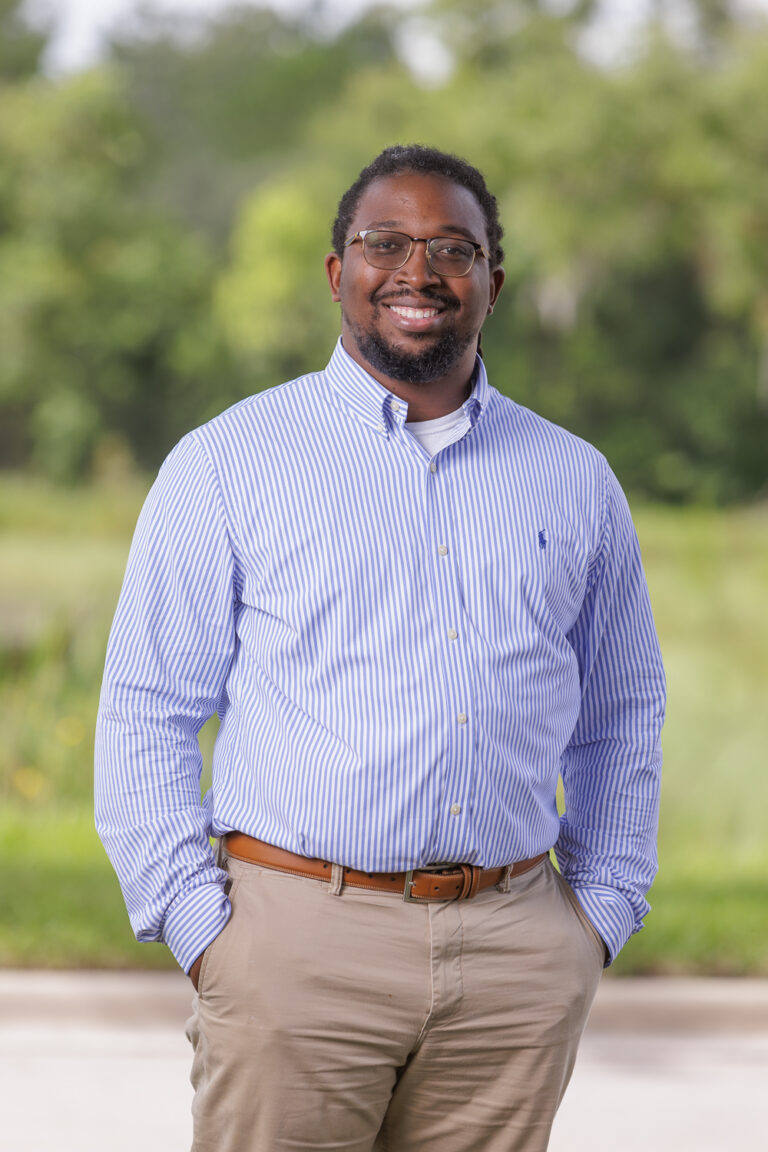 KPM Franklin said a key factor in McFall’s hiring is his knowledge of water resources.

“With his utility and stormwater design expertise, we look forward to the value Dominic will bring to our clients,” the company said in welcoming McFall to its diverse staff of more than 70 employees that includes civil engineers, surveyors, landscape architects, planners, CAD (computer-aided design) technicians and field specialists.

A graduate of Walla Walla University, a private Seventh-day Adventist college in Washington, McFall earned his bachelor’s degree in civil engineering with a minor in mathematics in December 2018.

He passed the National Council of Examiners for Engineering and Surveying (NCEES) professional licensure for engineers exam in 2021 and is pursuing a master’s degree in water resources from the University of Central Florida.

McFall landed the job after a headhunter for the firm believed him to be a perfect fit for the company. He was contacted via LinkedIn.com, the online professional networking platform.

“I’ve had talent recruiters reach out to me all the time. Most times I ignore them but my wife, Lyndell, a civil engineer herself, urged me to listen to what they had to say,” McFall explained.

“They put me in contact with the hiring staff at KPM Franklyn. I sat down and had a really good conversation with them. I liked what they were saying, and I liked the vibe of the people who I met. Once they extended the offer, I really had to sit on it for a while. Ultimately, I decided to go for it. It’s been a really good fit so far.”

McFall is not the typical success story.

The 2010 graduate of Bahamas Academy matriculated through the three-year Technical Cadet Corps Program while in high school. Originally, his plan was to become an architect but his uncle, Alvan Rolle, cautioned against it.

After decades in the profession, Rolle found the field over-saturated. He advised his nephew to reconsider his options and choose another professional path related to his love of technical drawing.

With that guidance in mind, McFall enrolled at The College of The Bahamas as a pre-engineering major. A year into his Associate of Science program, he transferred to Walla Walla University in fall 2011.

Things did not go according to plan.

“I got there and got distracted to say the least. Being away from home for the first time and having a lot more freedom than I typically would have, I started to do my own thing. I played way too many video games and watched way too much tv and didn’t pay any attention to my classes, when I went to them,” McFall recalled.

“At the end of my third year at Walla Walla I should have been starting senior level classes, but I was still taking sophomore classes. I was starting to feel a lot of pressure. I wasn’t communicating very well with my parents. I didn’t want to talk to them about what was going on.”

With one month left to his third year, he informed his mother, Phoebe McFall, he wanted to return home. Without asking any questions she agreed.

McFall found himself refocused after his year-long hiatus, during which he obtained his blackbelt in karate and assisted his father, Andrew McFall in establishing his new manufacturing company, A.R.M. Bottles and Supplies.

In September 2016, McFall returned to Walla Walla. A little over a month before completing his bachelor’s degree he landed a coveted interview and snagged a position at Donald W. McIntosh Associates, Inc., a Central Florida engineering, planning and surveying firm.

In January 2019, McFall relocated from Washington to Florida to take up his post as a project engineer at McIntosh. There, he designed civil infrastructure, grading and drafted technical reports for master utility and drainage designs.

“At McIntosh I would hand my designs and reports off to the project manager who would carry it all the way through, but now I’m the lead.”

Once McFall receives his Professional Engineering License (P.E.) in January, he’ll have the ability to take projects from start to finish without oversight.