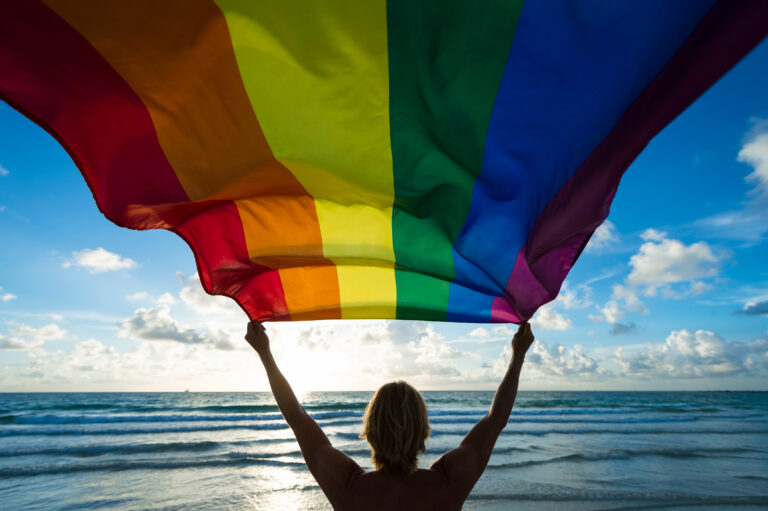 NASSAU, BAHAMAS — As countries around the world prepare to recognize LGBTI Pride Month during the month of June, the Bahamas Organisation of LGBTI Affairs announced yesterday its second annual Pride Bahamas will be observed from October 4 to 11 this year under the theme “We are people just like you!”

The events of Pride Bahamas 2021, which aims to “create a more humane Bahamas through visibility, inclusion, allyship and advancing human rights for LGBTIQA+ people in The Bahamas”, will coincide with celebrations of Heroes Day — observed on October 11 this year.

The subject of LGBTI rights in The Bahamas has been a controversial one, with the inaugural Pride Bahamas last year having been met with pushback from community and religious leaders.

A recent study conducted by private, independent NGO Asher&Lyric rated The Bahamas 88 out of 150 countries on safety for LGBTI travelers; and handed the nation a “D” grade for what it claimed is a lack of equal rights and protection for the LGBTI community.

With Western embassies in The Bahamas expected to raise LGBTI flags today for Pride Month and in solidarity with LGBTI Bahamians, Executive Director of the Bahamas Organisation of LGBTI Affairs Alexus D’Marco said she hopes The Bahamas can turn a new leaf on the issue.

“On 10 July, 1973, a flag was raised for the first time, signaling the birth of an independent Bahamas. We were so proud of our liberation and insistent on the unique beauty of our people and land that we declared our nation to be ‘The’ Bahamas because there is no other like it,” D’Marco said in a statement.

“It is that ‘The-ness’ that draws the whole world to our shores; they love it so much that they come back repeatedly, and some make it their home away from home.

“Nevertheless we, the LGBTQ+ people on these island gems, live with the hope that a globally admired state who sat on the UN’s Human Rights Council from 2018 to 2019, will open their hearts and arms not just symbolically but legislatively to include us all as equals in our society, regardless of its conservative belief.

“The Bahamas can be the great Caribbean leader that blazes a trail as an exemplar of human dignity and inclusion for all, regardless of sexual orientation, gender identity or gender expression.

“Just as other island nations aspired to have the same winning tourism formula like ours, they could also one day aspire to adopting The Bahamas model of a human-rights-up-front, SDG-aligned, gender-inclusive society.”

The head of the organization that describes itself as “the foremost organization advocating and lobbying government and policymakers for the rights of lesbian, gay, bisexual, transgender and intersex citizens in The Bahamas” expressed strong support of foreign embassies “breaking with tradition to encourage their foreign missions to fly the pride flag in celebration of the LGBTQ+ community”.

“It’s an open invitation to join the changing world, for us, the older generations, to listen to the voice of the youth who are telling us very clearly and loudly that the future they envision is not one of stigma and discrimination; instead, it is one with human rights and dignity for all in a land that is sustainable and full of that ‘The-ness’ that is The Bahamas,” she said.

Here we go again,another attempt at “this” crew to force us to accept their agenda, the Bahamas has been very fair with things you folks are pushing, we should not be force to kneel to whatever it is that you think you deserve, it’s just crazy that everyone seems to be getting softer because of this group influence, people stay strong!

I’m sure white people said the same thing when slaves wanted equal rights. Way to be on the wrong side of history.

Beautiful sentiments. It’s time for a change and only those who want it bad enough will advocate for it. Happy Pride Month !