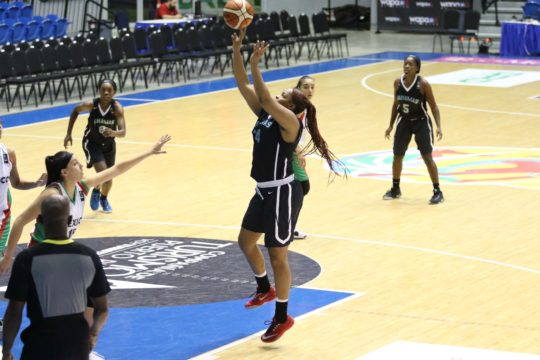 Behind a team-high 15 points from Tracey Lewis, The Bahamas pulled off a 60-57 win over Costa Rica. Sholanda Neely had 14 points in the win and Brea Forbes chipped in with 13 points. Natalia Gomez scored 16 points in the loss for Costa Rica. Sofia Jemenez added 15, and Ana Matamoros had 13.

With the win, Team Bahamas advanced to the 5th-6th placement game on Friday. The team will learn its opponent today when group stage play comes to an end.

Team Bahamas controlled the paint for the first time in the tournament against Costa Rica, winning the rebounding battle 44-38. It also outscored Costa Rica 28-26 on the inside.
Along with its advantage on in the inside, The Bahamas’ bench played a pivotal role in the win as well. Its reserves outscored Costa Rica’s second unit 27-8.
The Bahamas is 1-2 overall so far in tournament play. It dropped its first two games to Puerto Rico and Mexico respectively.
Team Bahamas played out of Group B in the tournament along with Puerto Rico, Mexico, and Costa Rica. Group A was made up by Cuba, Guatemala and the Dominican Republic.