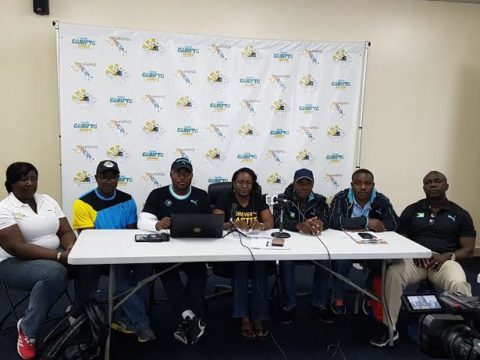 With the competition being held in New Providence, Team Bahamas will be able to field a full 80-person roster at the meet, which is set for March 30-April 2, at the Thomas A. Robinson National Stadium.

BAAA President Rosamunde Carey, following the announcement of the team said, she feels the team is loaded with talent in all four divisions, and that it is in prime position to close the gap between itself and longtime rival Jamaica.

Team Bahamas finished third last year at the games in Willemstad, Curacao, behind Jamaica and Trinidad and Tobago.

“It is safe to say that we are putting together an awesome team,” Carey said.

“We started to deliberate on this team at 8:00 a.m. and worked feverishly to come up with what we feel is the best team to represent the country.

“Immediately following the selection of the team, we presented the team to the executives and I’m pleased to say that long process yielded the best team possible.”

There were 35 outright qualifiers on this year’s squad, including five collegiate athletes.

“With this team, we expect to be really competitive for the fact that all of the athletes that didn’t qualify outright were really, really close to the qualification standards,” Carey added.

“We have high expectations for this year’s team and feel strongly we can close this gap between us and Jamaica.”

Bernard Rolle will serve as the team’s head coach with Dawn Johnson, Kenny Moxey, Clinton Smikle, Caudel McNaab, Antonio Saunders, Keno Demerrite and Anthony Williams as his assistants. Courtney Wallace is the team’s manager and will be assisted by Dionne Britton and Sophia Higgs.

“I thank the president for this opportunity,” said Rolle.

“I think the board did a good job selecting this team, and I expect a good showing in our backyard. We will not let any country come in and upstage us at home.”

The 2018 Bahamas CARIFTA Track and Field team will comprise of: