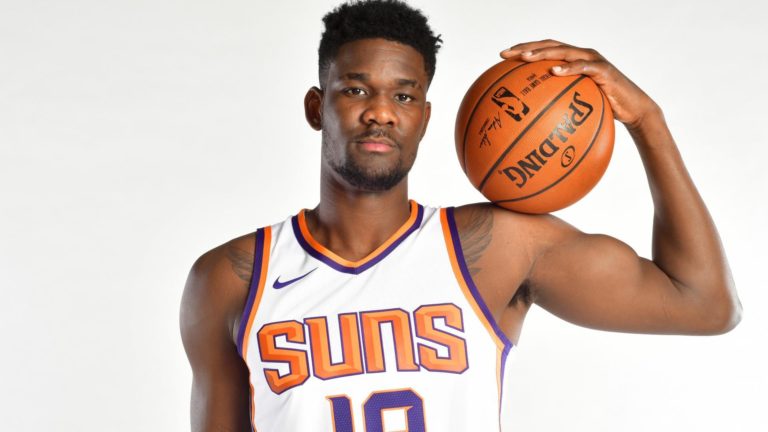 No. 1 pick in this summer’s National Basketball Association (NBA) Draft, Deandre Ayton, is looking forward to making his debut with the Phoenix Suns on Thursday.

The 7’1” centre, this week, said he’s not really nervous about making his regular season debut, neither is he worried about whether or not he will live up to the hype of being a top draft pick.

“I don’t take any of that as pressure at all,” said the 20-year-old Ayton.

“Preseason games really helped me get all my jitters out. Actually, seeing some of the NBA stars in the league, being around them, it made me feel like, OK, I’m in the league now, I’m ready now.”

Phoenix takes on the Dallas Mavericks in its first game of the season. Tip-off is set for 10:30 p.m. Ayton will be going up against former All-Star Deandre Jordan in his first pro game. A matchup he said he looks forward to.

“He’s a handful. He’s a vet as well – another superstar in the league. I just got to do what I got to do to help my team win, just compete. Locking in on film, knowing the personnel and talking on defence as well. Really trying to box him out and stay on the glass as much as him.”

Ayton garnered the respect of his teammates in training camp and the preseason, and now they look to him to set the franchise back on the right track.

“I want him to dominate on both ends,” said 17-year veteran, Tyson Chandler.

“Not just one end. I want him to dominate on both ends because that’s when you take things to another level and I think he has the capability of doing so.”

Suns guard Devin Booker added: “He knows how to play the game the right way. Somebody’s open, he makes the pass. If it’s one-on-one, he makes the play he needs to make. It’s a lot of maturity for a first-year player.”