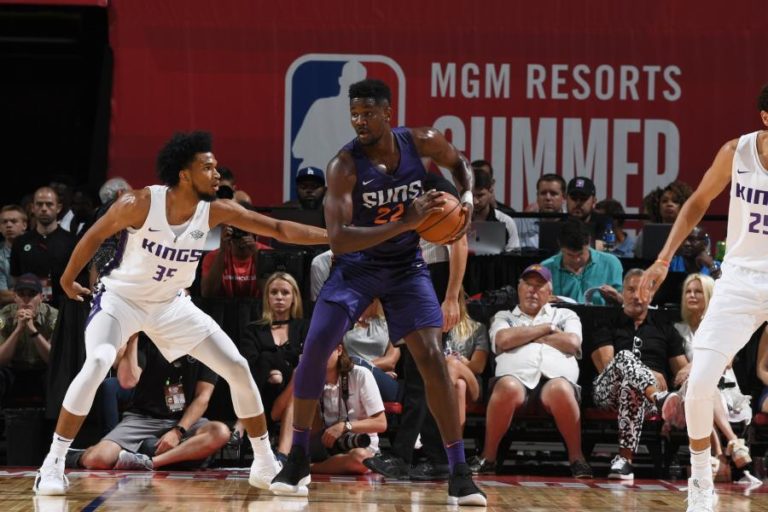 Deandre Ayton followed up a 10-point pro debut on Friday with a 21-point, 12-rebound performance in the Phoenix Suns’ 71-63 win over the Sacramento Kings on Saturday, as the National Basketball Association (NBA) Summer League continued in Las Vegas.

The game was the marquee matchup of the night as it featured the number one and two (Kings forward Marvin Bagley) picks in the draft.

Ayton shot an efficient 8-11 from the field and also added one block and a steal.

The New Providence native got the better of the 1-2 matchup, as Bagley shot just 5-13 from the field and ended the night with 15 points.

The Suns will be back in action tonight against the Orlando Magic, which presents another intriguing matchup for Ayton, as he’s expected to go up against highly touted centre, Mo Bamba, the sixth pick in the NBA Draft.