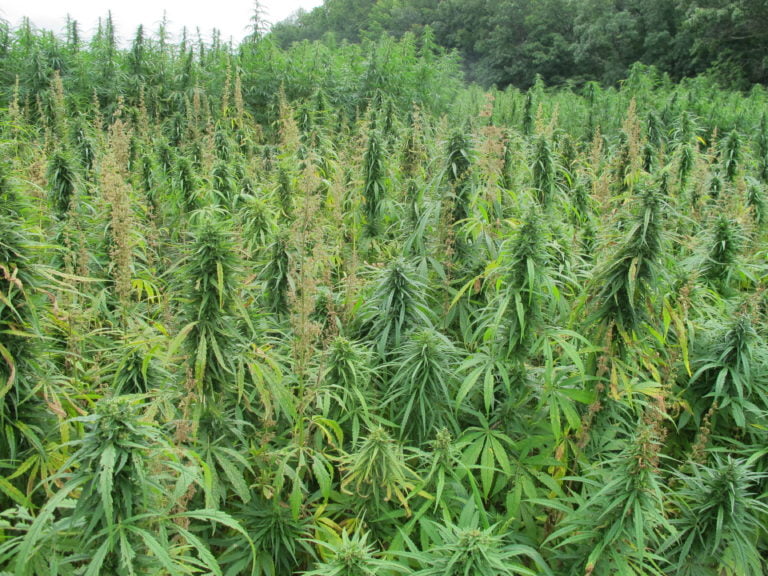 According to reports, officers from the Drug Enforcement Unit acting on information went to the site, situated between acres of undeveloped land located approximately three miles north of Grand Bahama Highway and northeast of the University of The Bahamas, and seized marijuana plants ranging in height from six inches to five feet.

Two men are being sought in connection to the matter, police said.

Last week, Minister of National Security Marvin Dames warned individuals partaking in illegal activities that they will pay for their crimes when caught.

Dames’ strong deterrent was issued amid a recent increase in police drug busts and arrests.

Officers recently recovered 161 lbs of suspected cocaine, valued at $1.6 million, during a joint operation with the US Customs and Border Patrol, US Coast Guard and US Drug Enforcement Administration on Cat Island.

At the beginning of March, police seized 13 bags of suspected marijuana from a home on Fire Trail Road East, and 155 packages of suspected cocaine with a street value of $3.1 million were recovered in Governor’s Harbour, Eleuthera, at the end of that month.

The seizures also come as the country prepares to move on the legalization/decriminalization of marijuana in the country.

Prime Minister Dr Hubert Minnis recently advised that the government is expected to table a bill in Parliament in the next few weeks that would regulate medicinal marijuana in The Bahamas.

Minnis signaled that the government only intends to move on medicinal marijuana and the expungement of records of individuals with small amounts of marijuana.