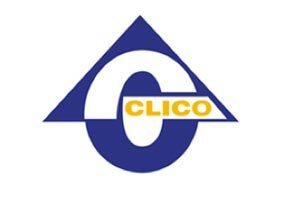 NASSAU, BAHAMAS – Chipping away at the payments for distressed CLICO (Bahamas) policyholders, the Minnis administration has allocated another $12.4 million for CLICO payouts in the upcoming budget.

In April, Minister of Finance Peter Turnquest foreshadowed that another $10 million will be added to the 2019/2020 budget to resolve more payments for CLICO policyholders.

In the current budget, the government allocated $12.4 million for CLICO payments.

The upcoming budget, tabled in the House of Assembly last Wednesday, shows that the government will commit $12,403,290 in 2019/2020 for CLICO payouts.

When contacted, Bishop Simeon Hall, a CLICO policyholder and spokesperson for the group of outstanding beneficiaries, said yesterday, “I would wish to commend the government for keeping it’s promise,” Hall told Eyewitness News Online.

“They have done well

“People are getting some of their monies back

“It’s unfortunate that you don’t get as much as you put in or with interest, but I commend the government for the effort. It reality, they were not forced to do that.”

Hall said the government has a moral responsibility to compensate victims because of the regulatory failings which did not guard policyholders against the insurer’s collapse.

The government was expected to make a final payout of around $38 million in January 2017.

Under the Christie administration, plans were announced to make payouts in April, July and November 2017.

This encompassed around 3,389 checks, totaling over $11 million.

Around 300 policyholders were left out of the first payout.

Craig Tony Gomez, accountant and partner of Baker Tilly Gomez, as well as the CLICO liquidator, said in his last report to the Supreme Court that he was only able to recover $38 million in selling the Wellington Preserve development.

The figure represents just over half the $73 million invested.

As a result, CLICO Enterprises took a $35.8 million hit.

It’s parent company, CLICO (Bahamas) was dealt a $55.81 million solvency deficiency at the end of June 2017.