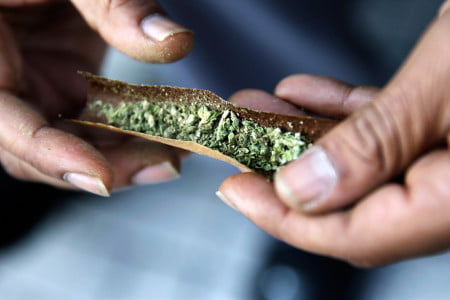 NASSAU, BAHAMAS — Local stakeholders demanding representation in the government’s move to regulate marijuana usage in the country are urging the government to amend its proposed legislation to be more inclusive.

Last week, an early draft version of the government’s Medicinal Cannabis Bill, 2021, and the Dangerous Drugs (Amendment) Bill, 2021 was leaked to the media.

The prime minister has said the bill that was leaked is not the final version, signaling the bill has been revised to include dispensaries as one of the distribution sites for cannabis — a provision that would see greater Bahamian participation and ownership.

“We ain’t see nothing in it for us as the Rastafarian community. In general, it needs to be looked at differently and things need to be amended,” he said.

He pointed to the Bahamas National Commission on Marijuana’s recommendation to implement cannabis legalization for religious use, adding: “We wonder why the back-pedaling now”.

McKinney said there’s simply nothing in the bill for Rastafarians.

Local attorneys have also taken legal action to seek to get rights on behalf of their Rastafarian clients as it relates to marijuana usage.

Noted attorney Wayne Munroe has begun an action in the Supreme Court seeking to have all criminal convictions related to Rastafarian possession, cultivation and supply of Indian Hemp since 1963 wiped out.

Munroe has repeatedly said cultivation and use of the substance should be unrestricted for his clients when the government ultimately changes the law.

Attorney Bjorn Ferguson has also begun action against the government on behalf of a Rastafarian man who was found with $150 worth of marijuana in December 2020.

Ferguson and his client are appealing the drug charge, arguing that it threatened to breach his rights outlined in Article 22 of the constitution.

That legislation states: “Except with his consent, no person shall be hindered in the enjoyment of his freedom of conscience, and for the purposes of this Article the said freedom includes freedom of thought and of religion, freedom to change his religion or belief and freedom, either alone or in community with others, and both in public and in private, to manifest and propagate his religion or belief in worship, teaching, practice and observance.”

Ferguson told Eyewitness News yesterday that the matter is expected to be heard next month, confirming that he and Munroe are expected to join their matters.

The majority of Bahamians who participated in a recent survey on cannabis supported the use of the plant for religious purposes.

The survey was conducted by Bahamian market and opinion research firm Public Domain between November 24, 2020 and December 14, 2020.

While 45 percent of participants agreed that cannabis should be made legal for religions that utilize the plant for sacramental purposes, 40 percent were against its use for that purpose and another 15 percent either did not know or were unsure.

However, a further look at the demographics of respondents showed support for cannabis’ legalization for religious use was greater among men and those between ages 18 and 34.