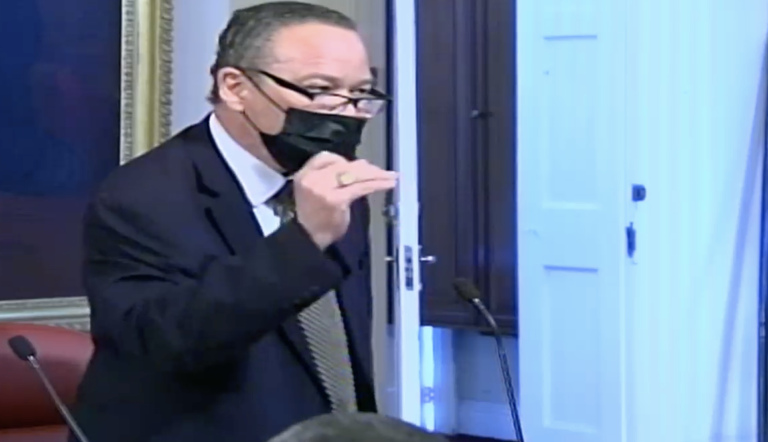 NASSAU, BAHAMAS — Attorney General Carl Bethel yesterday affirmed that Bahamians of Haitian descent and those born in The Bahamas awaiting citizenship have a right to benefit from government housing in Abaco.

Bethel indicated that the government’s goal is to have an integrated community on Abaco.

He made the statement during debate in the Senate on the housing resolution for a proposed upscale community in western New Providence.

“The land has already been identified and yes, it will be open to Bahamians and residents; meaning, persons who have a constitutional entitlement to Bahamian status, but have not yet been blessed with that status,” he said.

“Yes, it will provide equal opportunity and access to persons of Haitian descent who are Bahamians and persons who have been born in this country, who have the right to be Bahamians; but who, because of administrative reasons and loss of documents, but have made their applications are still awaiting their constitutional entitlement. That’s what this government is doing.

According to Bethel, the Minnis administration plans to build upscale communities across The Bahamas to provide Bahamians with equal opportunity for land and homeownership.

Abaco was hardest hit by Hurricane Dorian in September 2019, displacing thousands of families in unregulated communities known as shantytowns.

The majority of residents in those communities are Bahamian with some irregular migrants, according to reports.

As it relates to the proposed upscale development in western New Providence, the attorney general said two more areas have been identified for young Bahamian professionals to build homes at

He said one area is a 29-acre plot of land just to the west of Stapleton Gardens and another plot of land is “available immediately for development”.

He said: “Once we have gone through this process and established a matrix of how to proceed in a fair way; in a mature way; in a non-political way that matrix will undoubtedly be extended, firstly to the other two available plots of land and we know that there is 29 acres across the road. I can tell you that right away.”

This week, Prime Minister Dr Hubert Minnis said that the application process for Bahamians looking to acquire land in the proposed community in western New Providence will be open to the public this summer, stressing that no applications have been accepted to date and that there is no list of individuals already established for the community.

pledged transparency with regards to the development and noted that the application process is being finalized along with other details.

Young Bahamian professionals between the ages of 18 and 45 and residents in The Bahamas. Family Island residents are also eligible to apply.

Only first-time homeowners will be eligible.

Two or more individuals may apply under a single application, however, financial institutions will assess their risk.

The government will bear the cost to put in place all of the necessary infrastructure for the 95×100 lots, which will be valued at $150,000.

The program will also offer several concessions, including the waiver of customs duties on all the building materials and appliances, real property tax exemption for two years after construction and one year without stamp tax.

Additionally, the government will make available 10 approved Ministry of Works architectural designs for homeowners to choose from at a cost of $1,000, eliminating significant architectural fees.

However, to ensure that the development is completed in a timely manner, the homes will have to be completed within two years of purchase.