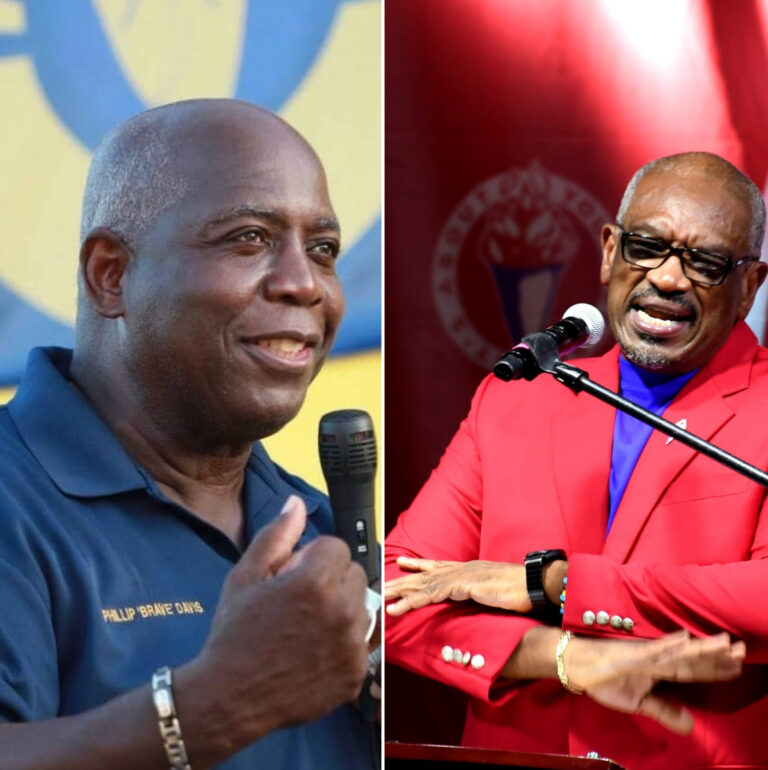 Davis asks Minnis: Why hasn’t Ingraham endorsed you yet?

NASSAU, BAHAMAS — Progressive Liberal Party (PLP) Leader Philip Brave Davis on Monday hit out against Minnis over comments made about the advance polls — where some 19,000 voters were registered on New Providence, Grand Bahama and overseas.

Minnis claimed during two Free National Movement (FNM) rallies on Saturday that he had been “reliably informed” of his party’s victory at the advance polls.

However, Davis noted during a virtual PLP rally on Monday night that it is against the law to open those ballot boxes before voting finishes on Election Day, suggesting the prime minister took part in inappropriate activity.

“He’s failing every character test that comes his way,” he said as he lambasted Minnis’ leadership.

“No matter the disagreements the parties have had over the years since independence, we’ve never seen a prime minister behave in this way.

Davis called into question why former Prime Minister Hubert Ingraham has yet to endorse Minnis’ candidacy or prime ministership — as he did with Elizabeth incumbent Dr Duane Sands last week.

“It must be a matter of trust,” Davis teased.

“And Papa (Ingraham) isn’t alone. A lot of FNMs who supported Minnis last time ain’t with him any longer.”

He said that while the FNM leader sought to apologize to party supporters at a rally on Saturday, Bahamians are also in need of an apology.

“I can’t imagine his apology worked. Bahamians have seen enough from this government,” Davis added.

“…We’re going to wake up Friday morning knowing we’re finally on a path to progress.

“Our problems won’t disappear overnight. It’s not going to be easy. Big things never are.

“But you’re going to have leaders who are on your side, who know how to bring people together to solve problems.”

Davis once again lashed the Minnis administration’s record in government, highlighting its high borrowing and increase in value-added tax (VAT), which was originally implemented when Davis was deputy prime minister.

“I know the FNM is shouting last-minute promises at you from the rally stage, but believe me, that ain’t the same thing as a strategic plan,” Davis said.

“These guys weren’t even ready for the snap election that they called themselves and they’re asking you to trust them with your future?”

The General Election is set for September 16.

Davis outlined what he believes differentiates the PLP’s vision from the Minnis administration’s policies, insisting that he would implement a unified national response to the COVID-19 pandemic; make clinics and hospitals a priority; provide widespread COVID-19 testing; and put on virtual town hall meetings for educational purposes.

To me Ingraham endorsement do not mean nothing. Mr Ingraham use to be my favorite FNM but his stepping down the way he did after the party defeat leaving things in shambles causing an election for his seat backing a problematic candidate and when he lost stepping up acting as if he is still leader and conceding. Mr Ingraham bought Minnis into politics so you could not understand his pettiness getting upset because MINNIS SAID INGRAHAM TIME WAS OVER. As a FNM I supported that view from the night you walked away. Mr Ingraham is no KING or Queen Maker he supported LBT and she went down in flames. As popular as Ingraham was he could not get a WIN for Sands. DR Sands owe his political success to Dr Minnis its that simple. Ingraham has never once supported Minnis he was not suppose to be leader of the FNM as Ingraham wanted someone he was still able to control. Now Minnis was not perfect and could have done many things better however I feel because of Ingraham underhanded back bitting and simply dividing the FNM he shares the blame. It was Ingraham who force Tennyson Wells, Pierre Dupuch, A Allen and many others out of the FNM. These men build the party and the new comer the PLP destroyed the party. To me Mr Ingraham never was behind Minnis as he was in Abaco driving the Golf cart with Christie complaining instead of working. Of I was Minnis I would not have trusted Ingraham either Mr Ingraham is smart he could have had an influence if he really wanted as he know most of the cabinet. Well let me say win or not Minnis had his time as PM and Ingraham remains SALTY get over it you lost you step down that night you left the party in shambles you did everything. You ran BRANVILLE from the party and he started the DNA and defeated you do you remember that. Mr Ingraham your time is over and if Dwayne Sands goes down I will put that solely on you. Mr Minnis would never have gotten Ingraham endorsement no matter what. No matter who win i have to work and this country built on corruption will go unchecked and unchanged we will wait another 5 years to vote again complain on the radio and just suck it up. Minnis Davis Christie and Ingraham will all still be millionaires. Not saying Minnis will win but can you imagine how Ingraham will shit himself if Minnis pulled this one out.