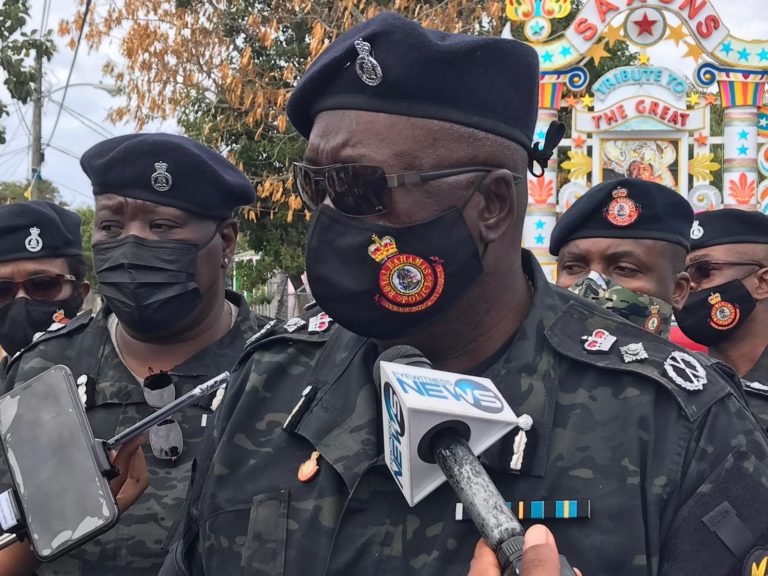 NASSAU, BAHAMAS — Police have launched an investigation into allegations three young men were brutalized by a senior officer while in custody.

The alleged incident was purportedly recorded by one of the victims, and in it, a man who refers to himself as Assistant Superintendent of Police Derrick Ferguson can be heard slapping and berating others.

In an audio recording that lasts over four minutes, a man can be heard saying: “You know who I is? My name is Derrick Ferguson, assistant superintendent of police. You hear me? Put your hands down. Look at me. Look at me.”

The distinct sound of a slap rings across the audio recording as the officer shouts again: “Look at me.”

A purported officer, who was previously addressing another suspect, can be heard goading the senior officer.

Police Commissioner Paul Rolle confirmed today the officer in question has been placed on administrative leave pending the outcome of an internal investigation, adding that he does not condone police brutality.

“Someone sent that to me yesterday,” Rolle told the media in reference to the widely circulated purported audio recording.

“I have taken a course of action [with the] officer involved.

“The complaints unit is conducting their investigations into that matter and the officer has been placed on administrative leave.

“That will go through due process and I want to say I don’t support that type of behavior by no officer on the Royal Bahamas Police Force.

“I think it is fair to say that I have been doing a whole lot to improve the image of this organization.

“I am going to continue to do that. Each officer will be judged according to their own conduct.”

Asked about officers who contravene the law, the commissioner said: “We have a system for them.”

The three young men, aged 19, 23 and 26, intend to take legal action in addition to their complaint filed with police, according to attorney Craig Butler, who represents one of the men.

In an interview with Eyewitness News, Butler explained the young men — two of whom are brothers — were arrested as they were leaving the fish fry at Arawak Cay on February 28.

He said the men got into a dispute with two other young men as they attempted to leave the area.

“As they were moving away, the police came on the scene and took the two brothers into custody,” Butler said.

“My client, the third man, was asking one of the boys if he could just get the keys to the car, and police thought he was interfering in the process so they arrested him as well.

“However, he had on an iPhone watch as well as he had his iPhone with him and so he started recording.”

Butler said: “Police brutality must end and I’m coming after the officer for malicious intent that he exerted towards these young boys, only from his position of power.

“You can hear him in the background and you can hear the slaps going on.”

Butler said the men were taken to the South Street police station overnight and charged the following day.

He added: “When they were in custody, they asked to see the doctor [but] no doctor ever came.

Butler’s client was charged with assaulting a police officer, resisting arrest, use of obscene language and disorderly behavior.

The matter will return to court on June 14.