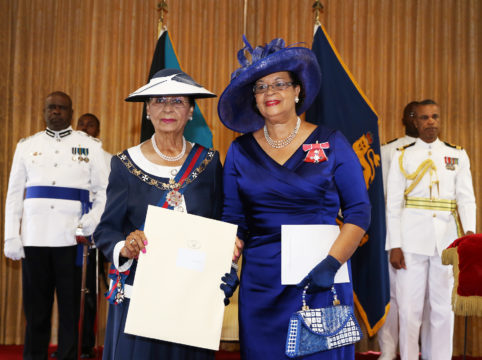 The Annual Youth March, slated for tomorrow [Sunday] has been named in honour of the Ministry of Youth’s Lifetime Achievement Award Holder, Elma Garraway.

The march will begin at 3:00 p.m. and will depart from Clifford Park.

Director of Youth and Acting Permanent Secretary at the Ministry of Youth Darren Turnquest said that Garraway, a former educator, has been a great influence on the youth of The Bahamas.

“She has been a significant pillar in the Girl Guide Association, in youth development, and in general for the Department of Youth,” Turnquest said, adding that he is encouraging everyone to lend their support.

According to Turnquest, not only is Sunday’s march the largest in New Providence, but also a demonstration of the success of many youth organizations and the hard-working youth leaders who support the development of young people.

“This is really a good time. We know that everybody comes out and participates in the march, and if they are not participating in the march they are spectating. Our Junkanoo groups will come immediately behind us.

“I think this is what we call the official launch of the Junkanoo season but we want people to come out and really watch this demonstration of young people who will be in the streets.”

Youth Month celebrations commenced last night [Friday] with a “Turn Up for Jesus” concert at the Big Pond Community Center.

The theme for youth month is, “Youth at the Forefront of Change”.