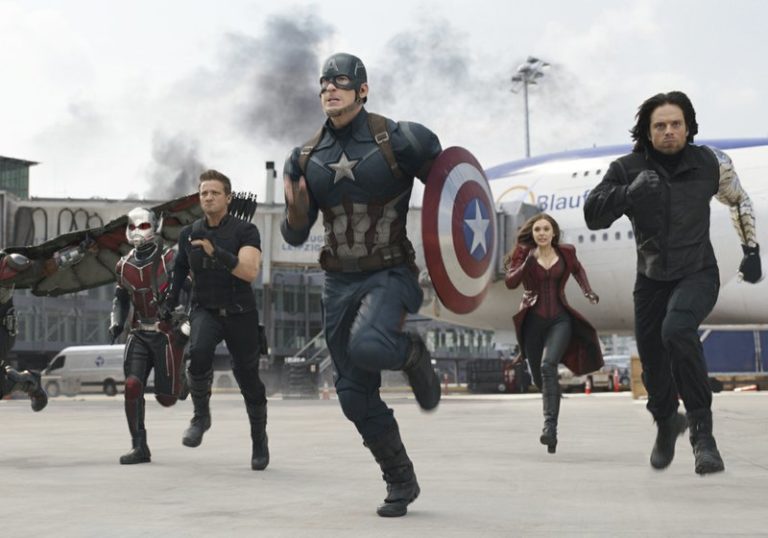 In this image released by Disney, from left, Paul Rudd, Jeremy Renner, Chris Evans, Elizabeth Olsen and Sebastian Stan appear in a scene from “Captain America: Civil War.” Evans has wrapped his final performance as Captain America. Evans tweeted Thursday, Oct. 4, 2018, that his last shooting day on “Avengers 4” was an “emotional day.” The 37-year-old actor thanked his colleagues and fans for his eight years as Captain American, saying it “has been an honor.” “Avengers 4” is slated to open in May next year. (Disney-Marvel via AP)

Evans on Thursday tweeted that his last shooting day on “Avengers 4” was an “emotional day.” The 37-year-old actor thanked his colleagues and fans for his eight years as Captain America, saying it “has been an honour.”

The actor previously suggested he would soon depart the role. Earlier this year, Evans told The New York Times that wanted to “get off the train before they push you off.”

“Avengers 4” is slated to open in May next year.