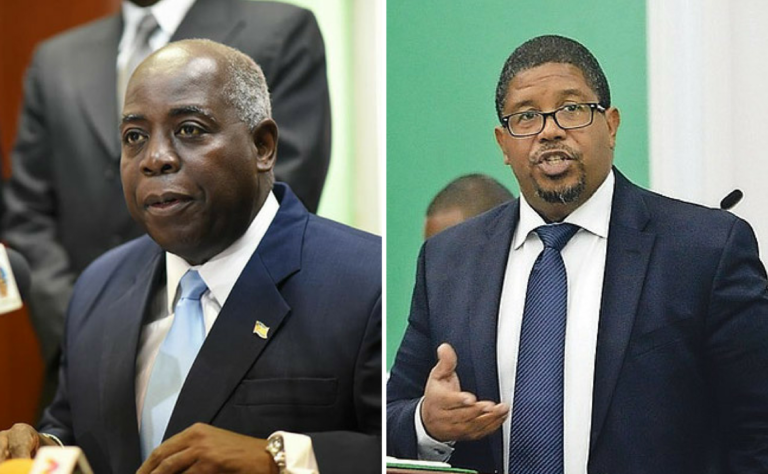 In a statement issued to the press, Davis said, unfortunately for him and the country, “worse days not better are ahead”.

Davis said he is convening a meeting of the Public Accounts Committee (PAC) tomorrow (Tuesday), to determine what the Free National Movement (FNM) has done with the money it borrowed.

“Peter Turnquest’s ad hominem and highly emotive attacks on me and the Progressive Liberal Party (PLP) for holding the FNM government’s feet to the fire, smacks of arrogance and desperation,” Davis’ statement read.

“To date, the FNM government has not been forthright, transparent or accountable to the Bahamian people. This is unacceptable. The facts are that since assuming office 10 months ago, the FNM has borrowed a staggering $1.7 billion.

“I simply asked where the money went and will continue to do so on behalf of the Bahamian people. His answer was that the FNM was paying off bills from the previous administration. Well during the last fiscal year, this same Peter Turnquest reported to Parliament and the media that the FNM paid $381 million of bills in June 2017, (which) he claimed were left behind by the PLP government.

“We are now in a new fiscal year; the borrowing continues and he is singing the same incredulous tune of deflection – it’s the PLP’s fault. I am convening a meeting of the Public Accounts Committee on Tuesday 10 April.”

Davis also accused the FNM of being “tone deaf” and said they have lost all credibility with the Bahamian people.

“The poor can get no relief,” he said.

“The Minister of Health proposes to tax poor people’s food while he can’t get sufficient medicine and beds in the public hospitals. The FNM has intentionally added to the rate of unemployment and there is a steep deterioration in public infrastructure. Mosquitos are out of control and road traffic accidents are killing our people with no programmes in place to stop it.

“There are bloody murders of our young people every week without fail while promising young minds are steadily leaving The Bahamas for the United States (U.S.), Canada and the United Kingdom (U.K.), because there is no support for them here. This is what we see.

“The FNM as tone deaf as they are, has therefore lost credibility as Bahamians do not listen or believe a word they say, because their lives are not being touched by all of this money borrowed and there is no clear policy to inspire hope and confidence.”

Davis said Turnquest has failed as Minister of Finance and does not understand the sophisticated world of public finance administration.

“The fact is, he has maxed out the credit of the country on the unwise and fallacious assumption that all government bills can be paid at once. Further, he has fired the people in the ministry who could have helped him with these challenges,” Davis asserted.

“Mr. Turnquest is the worst Minister of Finance because of his incompetence, ineptness and actions… Unfortunately for him and the country, worse days – not better are ahead.”