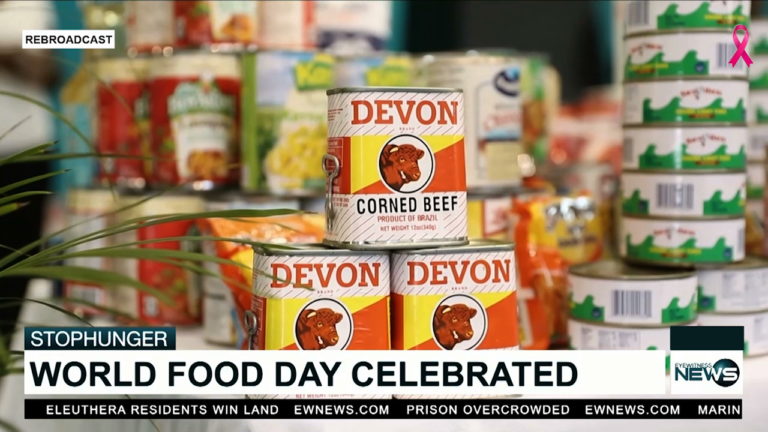 As the rate of hunger around the world has increased, the malnutrition figures in The Bahamas are also startling, Minister of Agriculture and Marine Resources Reuben Rahming revealed Tuesday.

Speaking at the World Food Day ceremony at the Kendal Issacs Gym, Rahming said that his main objective is to solidify his fight against hunger, malnutrition and poverty in The Bahamas as extreme poverty is not only isolated to third world countries.

World Food Day is celebrated every year around the world on October 16 in honour of the date of the founding of the Food and Agriculture Organization of the United Nations in 1945. The day is celebrated widely by many other organizations concerned with food security, including the World Food Programme and the International Fund for Agricultural Development.

According to Rahming, The Bahamas is doing its part by looking at the root causes of the poverty and hunger problem and establishing policies.

“In this light of this [hunger and poverty], BAMSI (The Bahamas Agriculture and Marine Science Institute) is creating more farms, which provide more jobs and money for Bahamian citizens,” Rahming said.

“The current BAMSI farm will be expanded and produce will be available at the best prices. There are now 1000 heads of animals as the amount of sheep and goats has increased.

The Ministry of Agriculture is looking to start fish farming at BAMSI while backyard farming is moving along successfully,” he said.

Tia can be contacted at tthompson@ewnews.com.