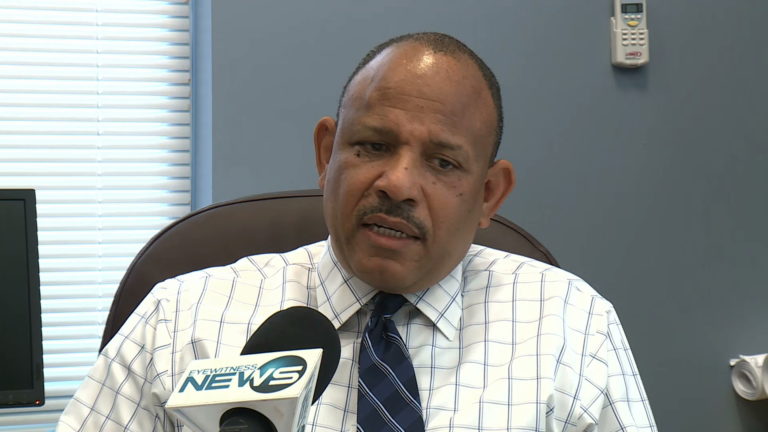 As the world marks World Diabetes Day, Health Minister Dr. Duane Sands encouraged Bahamians to engage in healthier eating habits to break what appears to be a generational stronghold on families nationwide.

“While we talk about it a lot, many people are still not claiming it. Every single day we watch the impact of diabetes based on the choices that we have made,” Dr. Sands said.

The theme for this year’s World Diabetes Day is “The Family and Diabetes.”

According to information released by the International Diabetes Foundation (IDF) over 425 million people are currently living with diabetes.

When that number is broken down, information gathered within the last five years suggest that upwards of 130, 000 Bahamians are counted within that figure.

“The Bahamas, unfortunately, suffers from an incredible scourge of diabetes and if we look at data from 2012 STEP data and we extrapolate to where we are; we are number one in diabetes. That means that 130, 000 to 150, 000 Bahamians suffer from diabetes. That means amputated legs, blindness, heart disease and kidney failure,” he stated.

“We, as a nation, must really take this thing seriously and make the necessary changes to avoid an increase in the amount of cases we are seeing.”

Dr. Sands said the government has begun the process of trying to assist Bahamians with making healthier food choices.

He touted the change in breadbasket items as the first step.

“I believe that changes to the breadbasket has made significant inroads in combatting diabetes and other ailments and I believe that it will continue to do so when we make even further changes by the turn of the year,” he said.

“We’ve talked about adding fruits and vegetables, healthy cereals, starches, rice, etc. We have committed to a national fact-finding and discussion campaign and we have continued to do that.”

I was diagnosed as type 2 last year, my weight was 125kg, my doctor wanted me to start insulin and encouraged a diet with an alarming amount of carbs, so I went to boots and bought a blood sugar tester that I used every day, and started on a Atkins type diet. I.e no carbs….. and when I say no carbs I really mean none. So lots of meats and fish, eggs etc. I also got some useful information here http://mydiabetesway.com/7-steps-to-health-and-the-big-diabetes-lie-review I gradually started loosing weight at a rate of 3kg per month and Im now 94kg, I have never taken insulin and in a few months I will be my target weight. my lifestyle can never go back to carbs, but I can have some nowerdays without my blood sugar increasing, so if I want a curry I can have a Nan bread with it but no rice chips etc. And to be honest when you cut out carbs you can eat a lot of really tasty things that help lose weight a fry up without the beans is fine, lamb chops and kebabs without the bread etc. The only downside is because of the extra fat intake I need to be doing daily cardio. I really believe doctors are offered too many incentives by drug companies and tend to love writing prescriptions instead of encouraging a positive change in our lifestyles.