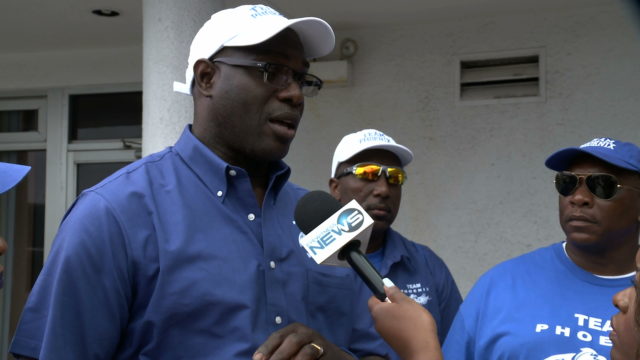 NASSAU, BAHAMAS – Despite having a total of nine strike certificates in hand, the Bahamas Hotel, Catering and Allied Workers Union are still hoping to negotiate with the Bahamas Hotel and Restaurant Employers’ Association (BHREA) on a number or benefits offered to workers, mainly the 15 percent gratuity.

The BHREA is the employers bargaining group that negotiates industry-wide industrial agreements.

In addition to issues with gratuity in the latest proposal offered to the BHCAWU, the union also has a concern with delaying the payment of Christmas bonuses until the second week of January and having these bonuses tied to the hotel’s performance.

They BHCAWU also took issue with the removal of the traditional Christmas ham and turkey that is offered to employees.

The BHCAWU held a strike vote earlier this month over the alleged removal of the gratuity, but last week, BHEA President, Russell Miller, blasted the hotel union for their claims that the 15 percent gratuity would be removed, stating that it was not a part of the new proposal and the hotel union was trying to stir up drama.

According to Miller, the union misinterpreted the gratuity clause of the proposal. He said the BHEA left this portion blank so that a method of distribution could be agreed upon between the union and management.

Woods, however, refuted this claim on Wednesday.

“We didn’t want to make wholesale changes to this particular section. We said to them, the union will propose a new language. That is how it is done. If that was done to anger the union, they didn’t really anger us. So, if they wanted to discuss that, there would’ve been a note in their proposal to say so,” said Darrin Woods at a press conference yesterday at Workers House.

The hotel union president said that an opportunity to negotiate is all the union is asking, however, he said that there are some housekeeping matters that have to be addressed before they sit at a table.

“We have to identify who are going to be the persons negotiating,” Woods said.

“We have already pretty much agreed, in principle, where we are going to negotiate, the times and the date, but what we have done as a union is we have already started to put our people in place in groups of committees. Since we are going back to the entire document, there are some things we have to deal with separately. For instance, transportation. The industry provides transportation for the members, but now we need to look at expanding that because the demographics have changed.”

According to Woods, the union has nine strike certificates that they are holding in their back pockets and they are hoping to begin negotiations in early July.